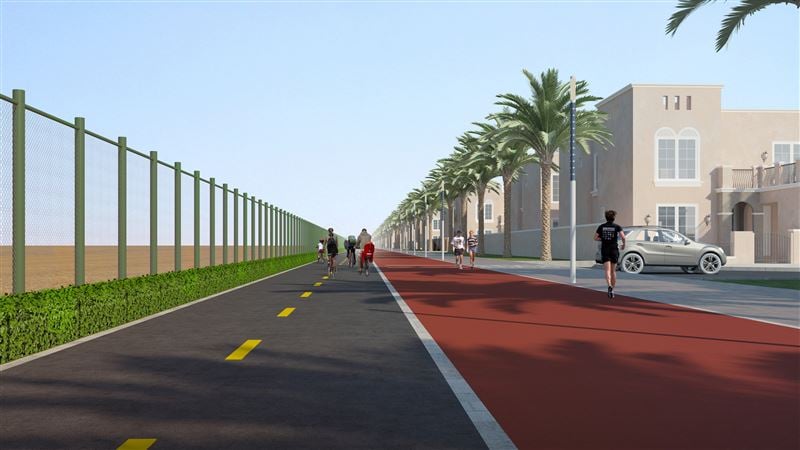 Dubai developer Nakheel has awarded a contract worth Dhs8.6m for a five kilometre cycling track, jogging route and outdoor gyms in its new Nad Al Sheba community, it announced on Wednesday.

The bike and running tracks will run side by side in a loop around the perimeter of the 1,500 villa development, located just off Sheik Mohammed Bin Zayed Road.

The tracks are set for delivery early next year, the developer confirmed in a statement.

The Nad Al Sheba development contains four and five bedroom homes that will be available for lease soon.

The development will also have retail and leisure facilities, including Nad Al Sheba Mall, currently under construction, and a community club with a restaurant, pool, gym and sports courts.

Nakheel had announced in 2017 that it was investing Dhs150m on developing 105 kilometres of bicycle tracks in its communities across Dubai.

All the routes would be linked to the Dubai government’s cycling masterplan, it said.

The tracks were slated to be delivered by Q2 2019.

The developer also said it is developing a 10 km ‘super loop’ – for more experienced riders – as part of its cycle route network.