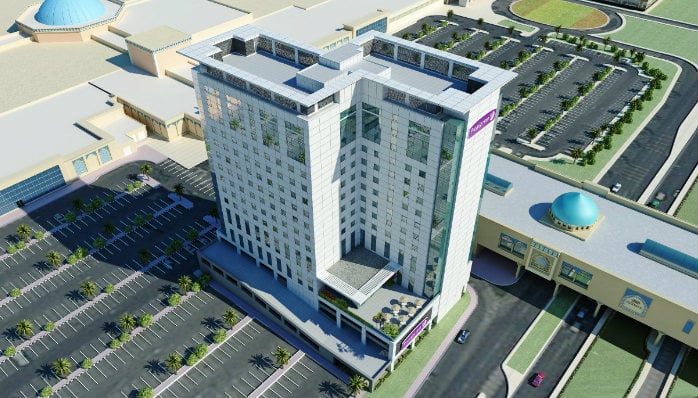 Dubai developer Nakheel has awarded a contract worth nearly Dhs160 million for the construction of its new, 372-room hotel at Ibn Battuta Mall.

The company has appointed UAE-based United Engineering Construction (UNEC) to build the hotel, it said in a statement.

Earlier this month, Nakheel signed a management agreement with UK-based Premier Inn to run the hotel, which will be directly linked to the Dubai Metro and Ibn Battuta Mall. Premier Inn at Ibn Battuta, scheduled to open in 2016, will have a restaurant, Costa coffee shop, swimming pool and gym. The hotel is part of the developer’s 28,000 square metre expansion of the Ibn Battuta mall complex.

Ibn Battuta mall currently has 270 shops, 50 restaurants and a 21-screen cinema. The expansion will add 150 shops to the complex.

Dubai developer Nakheel is aggressively building its retail and hospitality portfolio, and plans to have nine hotels operational across the emirate over the next five years.

In April, the developer confirmed that Accor will manage its 250-room hotel at Dragon Mart, due to open this year, and in February, Nakheel launched more than 500 luxury residences at The Palm Tower, its 50-storey, five star hotel and residential complex on Palm Jumeirah. Hotels are also planned for Deira Islands and International City.

On the retail front, the company is developing Nakheel Mall, a 418,000 square metre retail hub in Palm Jumeirah, The Pointe at Palm Jumeirah, a 136,000 sqm waterfront shopping and dining complex and a mall and night market at Deira Islands. The developer is also building neighbourhood centres at its communities in Jumeirah Park, Al Furjan, Discovery Gardens and International City, and its Dragon Mart Mall is undergoing an expansion programme.

Earlier this week, Nakheel announced that it has awarded a contract worth over Dhs1.2 billion for the construction of Nakheel Mall to UNEC and Actco General Contracting Company.

UNEC is also the appointed contractor for the new retail mall at Nakheel’s Dragon Mart extension.