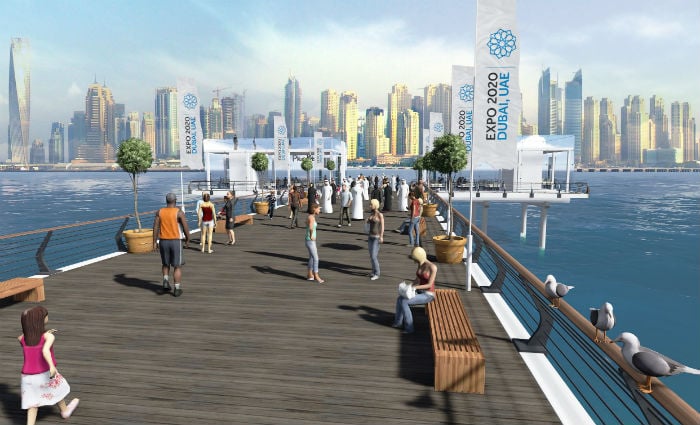 Dubai developer Nakheel announced that it has appointed Halcrow as the design consultant for The Boardwalk, the firm’s upcoming development on Palm Jumeirah.

The Boardwalk, unveiled at Cityscape 2013, will cover the whole of the existing 11km crescent, and aims to become a destination for walking, shopping and dining, the company said.

Nakheel will create the development by building over the rocks of the Palm’s breakwater. It will be six metres wide – more than double the width of the existing crescent path – with over 20 stands offering refreshments and souvenirs throughout its length.

The Boardwalk will include an East and West Pier – each stretching 100 metres out to sea – offering views of the Arabian Gulf, Palm Jumeirah and the Dubai skyline and featuring glass-encased cafes and restaurants, Nakheel said.

The developer expects to start tendering for the construction of The Boardwalk in Q2 2014.

A spokesman said: “The Boardwalk at Palm Jumeirah – one of several new Nakheel projects underway on the island – is the latest example of the innovative design and engineering projects that we are known for.

“The new attraction will provide yet another unique facility for Palm residents, the wider UAE community and the millions of tourists who visit Dubai each year.”

Along with The Boardwalk, Nakheel also announced two other projects during Cityscape including a 16 million square metre mixed-use destination development in Deira and a beach club and park, also on The Palm. The company is also developing hotels at Palm Jumeirah, Ibn Battuta and Dragon Mart.