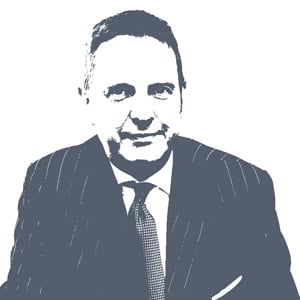 Massive structural change occurred in the UAE in the early 2000s and the country’s GDP growth increased dramatically as a result, to the benefit of sophisticated investors. At Emirates NBD private banking, we believe the same thing is now happening in Myanmar, a country with 62 million people but with some of the least developed networks in Asia.

On 1 April, Myanmar’s Union Electoral Commission returned votes in 45 parliamentary by-elections and 40 opposition politicians from Aung San Suu Kyi’s (ASSK) National League for Democracy (NLD) were returned. The NLD will now be a small but significant minority party in Myanmar’s 664-seat parliament with the next objective of contesting full presidential elections in 2015. Not only were the election results sanctioned by Myanmar’s president, General Thein Sein, but the international community has largely given the elections their approval.

The US has voiced the need to withdraw selective limits on US banking activities and the EU lifted sanctions on 23 April.

This politically led structural change in Myanmar’s politics is of huge long-term importance. China, India, Malaysia and, especially Singapore, have been long-term investors in Myanmar over the last decade, but the country is still very poor and, by many international standards, backwards even when compared to Bangladesh, Cambodia and Laos.

Access to banking and finance are good examples. In 2003, the military junta effectively shut down banking overnight by decreeing that all loans should be repaid immediately. Unsurprisingly, there is no mortgage market, no securities market and only limited access to credit from the four large domestic banks. Development of capital markets is further impeded by the fact that only one in 10 has access to a bank account.

In Vietnam, total bank credit to private sector borrowers was equivalent to 100 per cent of GDP in December 2010 (IMF figures). The equivalent figure for Bangladesh and Cambodia is below 40 per cent.

In Laos, it is less than 15 per cent. In Myanmar it is a mere five per cent. The upside for financial services development is simply enormous, although constrained at present by the absence of clear property rights and effective risk management practices. The introduction of international banks will assist in the implementation of sophisticated asset-liability management practices.

Myanmar’s financial authorities have been publically talking about opening up the country’s banking market to foreign participation for the last year, with the aim of allowing foreign companies in by 2015. Prior to election results, Thailand’s Siam Commercial Bank and Standard Chartered Bank expressed an interest in opening operations in Myanmar but were keen to wait for the results. The favourable outcome makes it more likely that banks from fellow Asian nations will begin operations in the near future. Maybank, the Malaysian banking corporation, announced on 23 April that it is seeking a full branch license.

There are few countries in the world with so little connectivity, yet Myanmar is not a small country.

Its 62 million people put it on a par with France and Thailand in terms of size. A market of that size, potentially opening up to foreign business with India on one side and Vietnam and China on the other, is quite a prospect.