Most Popular Stories In 2012 - Gulf Business 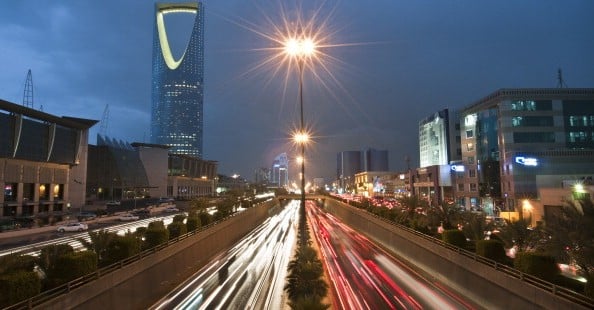 2012 will be remembered in history books as the year when US President Barack Obama won a second term in power; when London hosted the Olympic Games and when the world danced to Psy’s Gangnam Style.

Regionally, although tensions in Syria and Egypt raged on, the GCC states stabilised their economies and announced a slew of new mega projects.

At the end of a news-filled year, Gulf Business bring you the 20 most popular stories on our website in the last 12 months:

Banking is one of the only sectors in KSA to see a dip in compensation in 2012 Salary Survey.

2. VIDEO: Dubai Fire At JLT’s Tamweel Tower – The Day After

The building’s owner issues statement of support for residents as blame circulates around building’s materials.

Meet the region’s future-makers. Gulf Business presents the top achievers under the age of 30, from fields as far ranging as music, construction, tech, retail and law.

A recent survey seeks to dispel stereotypes about satisfaction levels of the UAE national workforce.

5. Price Of Apple iPhone 5 On UAE Grey Market Will Soar

6. Why Dubai Is Back For Good

Forget batting down the hatches for Ramadan, Dubai’s back and busier than ever, writes Alicia Buller, editor of Gulf Business.

Gulf Business lists 10 companies to keep an eye on as they move the region’s digital industry forward.

The ex-Manchester United player has attracted the interest of Qatar and UAE-based teams.

The rise of social media is giving companies a new way of engaging and interacting with customers. So how are companies in the GCC stacking up against each other in this arena? Gulf Business takes a look.

Gulf Business takes a look at the region’s coolest offices.

Saudi Arabia will include two female competitors in its London 2012 Olympic team for the first time.

Where in Dubai should you rent or buy? What will it cost you? And is it even worth it? Read what Meghna Pant, features editor of Gulf Business has to say.

As the year draws to a close, we bring you a list of the major events that marked 2012 in the history books.

Gulf Business rounds up the world’s most expensive and exclusive watches featuring plenty of white gold and a lot of diamonds.

The winners from the Gulf Business Industry Awards 2012, a glittering showcase of the UAE’s finest business leaders, as voted by independent judges.

Under the million-dollar contract, Siemens will supply 19 trams, technology and equipment to Qatar Foundation.

17. Why Your Boss Is Being Horrid To You

The first in a series of exclusive leadership articles from Dubai-based business author, Nicolai Tillisch.

18. At Least 22 Dead In Riyadh Explosion

Five minutes with… the chairman of Agility, the region’s largest logistics firm.

As the 140-characters social media platform continues to reel in its rival Facebook, the Gulf has finally caught up with the rest of the world and embraced Twitter.