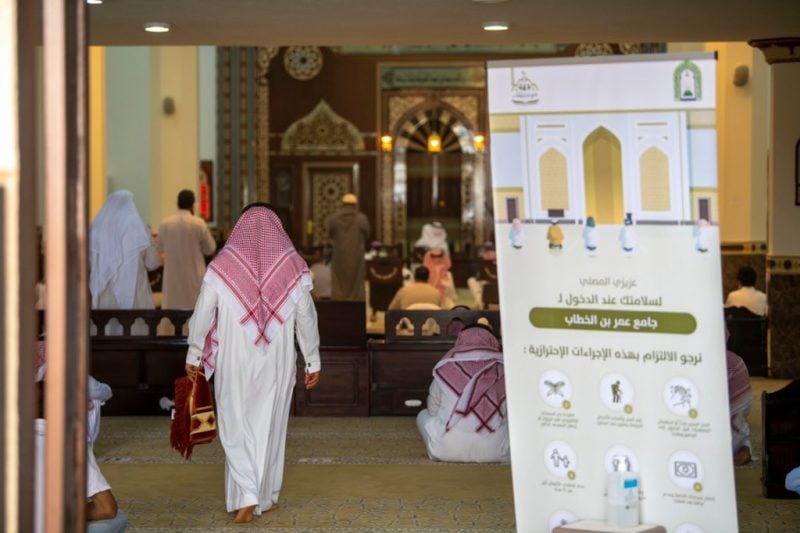 Mosques in the Saudi Arabian city of Makkah are set to reopen on Sunday with strict precautionary measures in place.

The Ministry of Islamic Affairs in Makkah said on Friday that all the preparations have been completed for about 1,560 mosques in the city to reopen, local media reported.

Mosques in the city were closed nearly three months ago as part of measures to prevent the spread of Covid-19.

Some of the guidelines to be followed include ensuring that prayer rugs are used only once and social distancing is followed.

Over 90,000 mosques in Saudi Arabia reopened across the kingdom in late May as part of the second phase of easing lockdown restrictions.

As part of the reopening, the ministry of Islamic Affairs said worshippers must adhere to precautionary measures including wearing masks, washing hands and maintaining social distancing.

However, earlier this month, the ministry closed 71 mosques in different regions of the kingdom after coronavirus cases were detected among worshippers due to a “lack of commitment to following the precautionary measures and protocols”.

The Ministry closed 71 mosques in different regions of the kingdom due to the discovery of #CoronaVirus infections among worshipers and a lack of commitment to following the precautionary measures and protocols. The mosques are being sterilized and prepared to receive worshipers. pic.twitter.com/GciPYHA9pu

The kingdom also reported 45 additional deaths to take the death toll to 1,1,84, while the total recoveries now stand at 95,764.