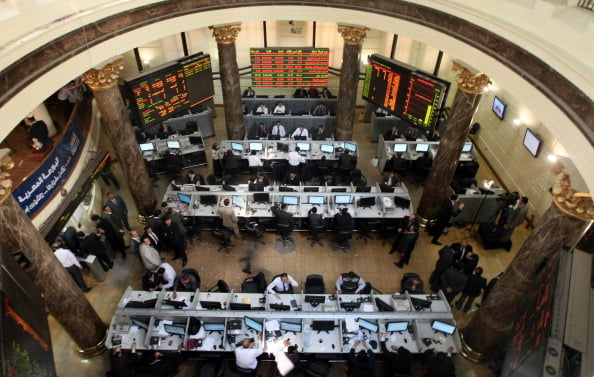 Egypt’s stock markets reacted positively to the news of president Mohamed Morsi’s military ousting this month, a thin silver lining for the country’s economy amidst the disappointing scenes of protests, celebrations and death.

Having performed weakly in June – the Hermes Financial Index fell 12 per cent on low volumes – the markets rose again in early July, coinciding with Morsi’s upheaval.

“Since the beginning of the year the market was underperforming due to dire economic conditions and lack of triggers. EGX [Egypt Exchange] lost nine per cent in the first six months,” says M.R. Raghu, senior vice president of research at Kuwait Financial Centre.

“This shows that the ousting of Morsi had a positive effect on the market as investors believe that a more liberal government would be more pro-business.”

The evidence makes damning reading for Morsi’s supporters in Tahrir Square, at least from a financial perspective, though their most pressing priorities are unlikely to be Egypt’s economy.

Simon Kitchen, a strategist at EFG Hermes – where the financial index rose 11 per cent on Morsi’s dismissal – warns the country’s economy is already suffering and that recent local aid could have moral implications.

“It [Egypt’s economy] is already weak, but shortages of fuel and food could make the situation worse,” says Kitchen.

“In the longer run, there is a moral hazard risk: that financial aid from the GCC means that much-needed reforms are delayed.”

Raghu argues that aid from local Gulf countries – Saudi Arabia, the UAE and Kuwait gave a collective $12 billion last week – could kick-start the long-awaited programme from the International Monetary Fund (IMF), which has stalled since Hosni Mubarak’s downfall.

“GCC economies vowed to support Egypt after the fall of Mubarak,” says Raghu. “The aid slowed down when the Muslim Brotherhood took over and now since the Fall of Morsi GCC aid has resumed.

“Strong GCC support will most likely help in resuming the IMF Egypt loan programme. The IMF estimates that GDP will grow by two per cent in 2013 similar to 2012 growth rates.”

At the heart of Egypt’s financial future though lies its political landscape. As the economy lies in suspense, studying the fallout from a second presidential coup in as many years, it has become clear that political stability is needed to guarantee growth in the once-booming land.

“Before the economy, the first order of business should be stability; without that there is no hope for prosperity,” says Raghu.

“The quick ousting of Morsi with the help of the army will most likely lead to a systematic transfer of power through the ballot box which would insure Egypt’s stability and continuity.

“That said any prolonged infighting between the people of Egypt would only mean that the army would tighten its grip on power.”

Sadly, over the last week the above has rung true. If Egypt is to revive its economy, it must first revive a stable political foundation.