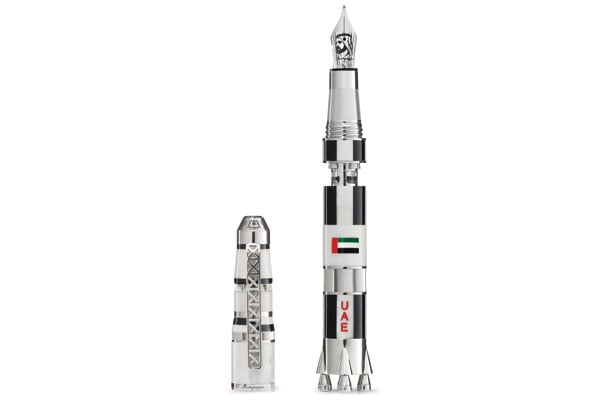 Forty-three years ago, when the United Arab Emirates was less than five years old, Sheikh Zayed, the founder of the Union, met with astronauts and members of the Apollo Space Programme in Abu Dhabi.

43 years ago, Sheikh Zayed met with with US astronauts&members of the Apollo space program. Today, the UAE has its own space agency, is planning the first Arab probe to Mars and soon the first Emirati astronaut will venture to the International Space Station. pic.twitter.com/QKm7mcqa6I

Today, the UAE has a rapidly growing space programme of its own. The Dubai-based Mohammed Bin Rashid Space Centre (MBRSC) is tasked with developing the country’s space programme which includes a mission to land on Mars by 2021 and an aim to build the first settlement on Mars by 2117.

In September, Hazza Al Masouri, will become the first Emirati astronaut in space when he leaves for his 100-day mission to the International Space Station. 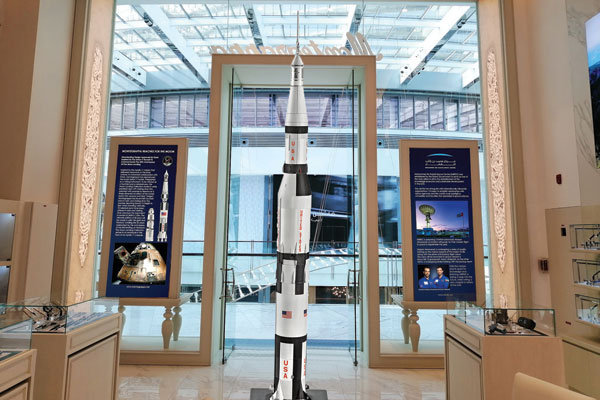 To commemorate that historic mission, Italian luxury writing instrument manufacturer Montegrappa has designed a one-off not-for-sale fountain pen paying tribute to the mission and which will be presented to the MBRSC.

The bespoke pen is ‘inspired by Saturn V’ with UAE noted on its barrel and the MRSC logo on its cap. Interestingly, the nib features an image of Sheikh Mohammed bin Rashid Al Maktoum, Vice President and Prime Minister of the UAE and Ruler of Dubai.

The special-edition pen is on display at the Montegrappa store in The Dubai Mall this July. Next month, it will be delivered to MBRSC. 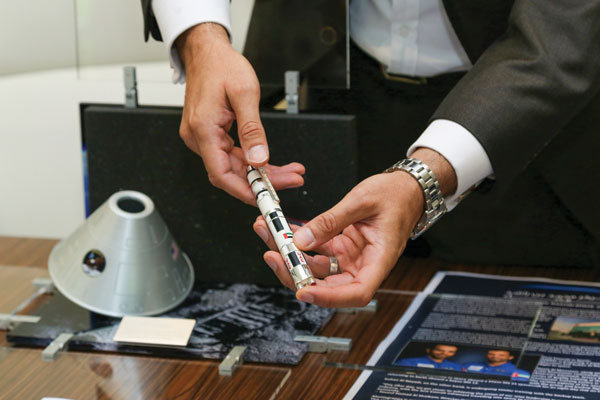 While the Montegrappa special-edition is not for sale, the Italian manufacturer earlier this year also unveiled a special Moon Landing Collection to mark the 50th anniversary of the first manned Moon mission. The collection included 53 pens in 18k gold and titanium at a price ranging from Dhs169,785 to Dhs174,195 each and 473 pens in resin and sterling silver priced between Dhs26,240 to Dhs29,765.