Is It All About The Money? - Gulf Business 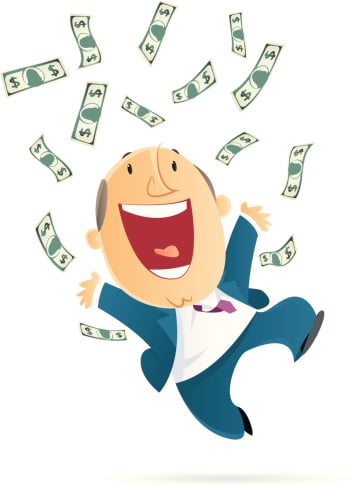 The annual Gulf Business Salary Survey 2014, published this month, reveals that wage growth will be muted across the region this year.

Despite rents and other expenses rising on the back of a stronger economy, experts suggest that salaries will not keep pace.

“Eighty per cent of the people that leave their jobs, do so for more money,” he estimates.

While a fatter paycheck is no doubt a necessity in certain cases and an incentive in others, should money be the driving factor for those looking for a better job?

The annual benchmarking study assessed the level of credibility, respect, fairness, pride and camaraderie within an organisation. Remuneration was not a major criteria.

Most of a company’s score (two-thirds) was based on the confidential feedback of its staff, with an audit of management and HR practices by the institute comprising the remainder of the score.

DHL, which rose to the first place from fifth last year, put significant effort into refining its ‘employee value proposition’ and helped staff in terms of their growth, impact and pride, said the report.

Both Microsoft and Omnicom Media Group, which ranked second and third respectively, were credited with working to create a sense of work/life balance for their staff.

In an ideal world, the best company to work for would also offer the best wages. But in the event of a choice, which option is more rewarding? A company that gives you more money for a living or one that offers you the opportunity of a better life?