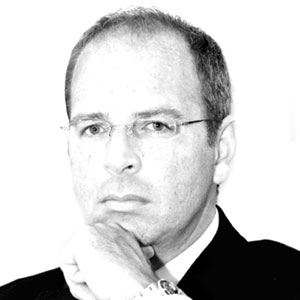 The figures say it all. The two most populous countries in the region – Egypt and Saudi Arabia – are facing threatening job shortages, with over 40 per cent of their respective populations being under the age of 19. In those two countries alone over 10 million people will enter the job market in the next four years. Across the whole of the Arab region over 21 million people will be looking for a job during the same period.

Yet there is an over dependence on expatriates in the private sector, especially in the Gulf employment markets. And the popularity of the expat lifestyle is rising with as many as 7.6 million British workers willing to move overseas to improve their job prospects. Arab nationals are faced with unemployment, while outsiders are vying for their jobs.

The region is facing a collective issue – jobs for nationals, but each country is working to solve its job creation challenge in isolation.

Doesn’t it make sense to focus on Arabising the workforce rather than on independent nationalisation efforts? I am proposing that we (everyone in the region) should comprehensively address the employment challenge.

Over the past six months, I have been hearing both local and multi-national executives express concern about the misrepresentation of their management
team, which has a limited number of regional nationals. Yet, the real ownership is with the private sector.

The focus should be on providing jobs first and foremost to people who do or are ready to call the region home.

Now, I am aware of the implications of this proposal so let’s explore what businesses and leaders need to do. With agreement, most experts say that
the focus needs to be on building the private sector skills across the region. But this is not the first time that the world has met these fundamentals.

In the early 1900s, 90 per cent of the workforce in North America was self-employed and the demographic balance was weighted towards the youth bulge.

Today, 90 per cent are employees and the market is facing an aging population.

So, while the youth bulge and first generation corporate society reality are new to this region, this is an example we can look at in order to see what businesses should be doing.

First off, the private sector needs to take the lead. In order for this to work, three things must happen:

Some nationals are professing that they do not feel wanted in the private sector, and this notion most likely has merit.

This region is rife with stereotypes on all sides of the employment equation. Instead of resting on the stereotypes as an excuse, attention needs to shift to solutions.

Simply stated, the private sector needs to take action for Arabising the workforce and putting plans and programmes in place to deliver on it.

The traits of success – working independently, performance orientation, purpose of business, and alignment with organisational practices – do not come naturally.

They have to be developed. While government programmes can be used for awareness, the skill, behaviour and patterns must be cultivated on the job by line manager and co-workers. The private sector needs to take the lead for leveraging opportunities in the region’s youthful market while embracing equitable Arabisation. While there are skills that need to be built and organisational alignment that needs to take place, it is not an issue of poorer calibre of graduates in the Middle East. It is an issue of opportunity and responsibility.