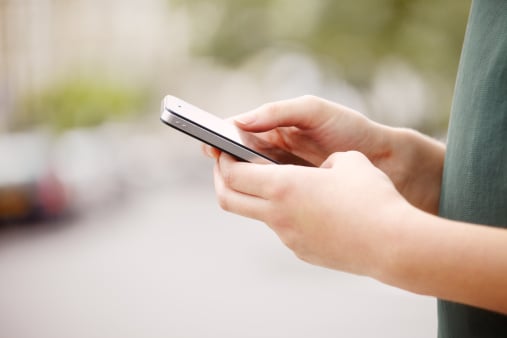 IT technician Mansour Diagne is one of the lucky few in Senegal to have a bank account, but when he needs to pay some bills or transfer cash to his sisters on the other side of the crowded capital Dakar, he reaches for his mobile phone.

Fewer than 20 per cent of adults in the West African nation have a bank account and 26-year-old Diagne says the charges for using his are too high anyway, so he keeps at least 40,000 CFA francs ($82) in his mobile money account for transactions.

Diagne said he goes to a near-by sales point for Orange Money – one of five operators of mobile money services in Senegal – and hands over cash. The vendor credits his account with mobile money which he can then use to top up his phone, carry cash in a “digital wallet”, pay his utility bills or transfer funds to other subscribers.

“It is like having cash on you but safer because you don’t have to carry the actual money on you all the time,” said Diagne, sitting behind the counter of his shop lined with stacks of old computers that he repairs and sells.

Diagne has heard that users in Kenya can do much more with mobile money such as pay for groceries, buy a bus ticket, pay a taxi fare and even receive payments from clients. He would like the same, but those options are not yet available in Senegal.

Since the launch of M-Pesa by Kenya’s Safaricom in 2007, operators have rolled out mobile money services in several African countries to cater for millions of people who lack affordable bank accounts.

Operators, regulators and experts alike are excited by the service’s possibilities but, apart from in a handful of sub-Saharan African countries such as Kenya, Uganda and Tanzania, the spread of mobile money has been slow.

Industry players say a fragmented and tough regulatory environment is holding the industry back. Experts say another obstacle is that users often lack the technological skills needed to use the service.

Consulting firm McKinsey said in a February report that mobile money had failed to catch on quickly even in areas of Africa where relatively few people have bank accounts.

“This is partly the result of uncertainty about whether Kenya – where M-Pesa has become one of the few mobile-money success stories – is unique or the potential for mobile payments in other markets is similarly robust,” it said.

About 61 million active mobile money customers were using the service globally, up from 37 million in 2012, GSMA said. The potential is vast: 2.5 billion people in developing countries lack access to banking services, yet one billion of them have a phone that would allow them to use the mobile money service.

In Kenya, M-Pesa has 13 million active customers. Transactions grew 22 percent and contributed 26.6 billion shillings ($303 million) or nearly a quarter of Safaricom’s revenue in the year to March 2014.

French telecom operator Orange, which runs Orange Money, has seen significant growth with about 10 million customers worldwide, most of them in the West African CFA franc zone.

Thierry Millet, vice-president for Orange Mobile Payments and Contactless, said the total value of mobile money transactions made on its networks topped 2 billion euros ($2.7 billion) last year and is expected to exceed 4 billion in 2014. He did not specify how much revenue this generated for Orange.

In Uganda, South Africa telecoms giant MTN launched its own mobile money in 2008. The service contributes about 15 percent of the total revenue of MTN Uganda and as much as a fifth of the country’s economic transactions are done through MTN mobile money solutions, said an MTN executive.

For mobile money to grow faster, regulators must encourage investments while guaranteeing fair competition, and assuring customers that systems are secure and their money is safe.

Pieter de Villiers, founder and CEO of Clickatell, a mobile messaging and transaction services company, said Safaricom was successful with M-Pesa because it had a dominant share of the Kenyan mobile market and operated with little regulation at its launch.

Operators now entering the market face tougher regulations, which differ according to country and region. While in the West Africa franc zone, the central bank introduced regulations as early as 2006 to enable the launch of services, the neighbouring Central Africa franc zone trailed behind.

“Regulation is coercive in the Central Africa region as far as mobile money is concerned,” said Karl Toriola, CEO of MTN Cameroon which launched a mobile money service in 2010.

While operators in the West Africa zone can conduct transfers with multiple banks and international partners, this is not the case in the Central Africa region, which groups Cameroon, Congo Republic, Chad, Central African Republic, Gabon and Equatorial Guinea.

The central bank there is more cautious, Toriola said: “A lobbying process is on-going to engage the Central Bank in moving forward.”

Other challenges include keeping the service simple and reliable while educating users how to use it. Operators also need to develop thousands of sales networks to reach more customers and expand the services on offer to include larger transfers targeting merchants and government payments.

As the sector grows, making profits for operators, authorities are moving to increase taxes on transactions.

Kenya imposed a 10 per cent cost of transfer tax on M-Pesa in 2012. Ugandan and Tanzanian authorities have also mooted plans to introduce transaction taxes, raising concerns that these will stymie the industry.

Michael Joseph, director of mobile money at Britain’s Vodafone, which owns 40 percent of Safaricom, said regulators should be measured in their approach.

“It must be remembered that the average transaction is somewhere in the region of $3 to $5 and as such we deal with high-volume, low-value transactions,” Joseph said.

Authorities must decide whether to regulate the mobile money industry with rigorous standards similar to those imposed on banks or more leniently, as with telecoms firms.

Clickatell’s de Villiers said a false step by regulators could discourage mass adoption of the service by making small transactions unattractive. “If you don’t have regulatory stability, investors in this new opportunity will stay away and the big players such as telcos and banks will be ambivalent,” he said.

An area where regulators must show leadership is interoperability between rival systems to allow money transfers regardless of the operator. “Lack of interoperability is holding back everybody,” de Villiers said.

There are currently about 250 mobile money services in over 80 countries, half of them in sub-Saharan Africa, the GMSA said.

Almost none is interoperable so electronic money can be moved only on the same network, said Roar Bjaerum, head of Telenor financial services in Asia, who is leading a GSMA committee developing guidelines for interoperability.

Tests have already taken place in Tanzania and other markets will follow soon. Operators are confident that despite the slow uptake, the industry will grow.

“Within the next five years, mobile money will gather momentum and it’ll be very difficult for an alternative system to slow it down or challenge its development,” Orange’s Millet said.