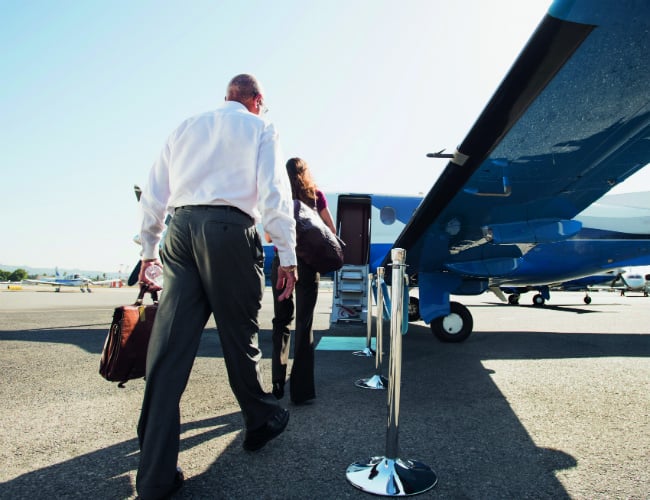 For all the gloom that lower oil prices and falling economic growth in the Gulf has brought to commercial airlines this year, the business aviation market appears to be standing on somewhat firmer ground.

Although now predicting slower growth this year than the 15 per cent originally forecast, Ali Alnaqbi, founding chairman of the Middle East and North Africa Business Aviation Association (MEBAA) says it will still be one of the world’s fastest growing regional markets at 9 per cent.

And he suggests fuel hedging and other factors mean business flyers are not as impacted by falling oil prices as some might expect.

“I was asked the same question when oil prices reached $130 and I gave the same answer, it doesn’t really effect that much,” he says.

In practice though, lower oil prices are having their own impact on the industry, according to Adel Mardini CEO and president of Dubai-headquartered fixed-base operator (FBO) Jetex.

“We have seen that [less demand] only for the wide body aeroplane,” he says.

“Because the wide body aeroplane is connected to the Russian and Middle East and the oil industry. This is why we can see the medium and low jet has bigger demand compared with this one.”

Mardini holds onto hope that a new production cap agreed between OPEC and non-OPEC members at the end of last year could see this trend reverse in the coming months.

But in the meantime the regional jet private jet industry continues to expand.

According to data released by market intelligence firm WINGX at the MEBAA Conference in Dubai last month, there were 2,568 business aircraft departures from the UAE in 2016 compared to 2,165 and 2,155 in 2015 and 2014 respectively.

This growth was lead by Al Maktoum International airport at Dubai South, which is now the country’s top airport for business jets.

WINGX data showed YTD departures at Al Maktoum were up 37 per cent in year to date terms in 2016 to 763, compared to 2 per cent growth at Dubai International to 564. 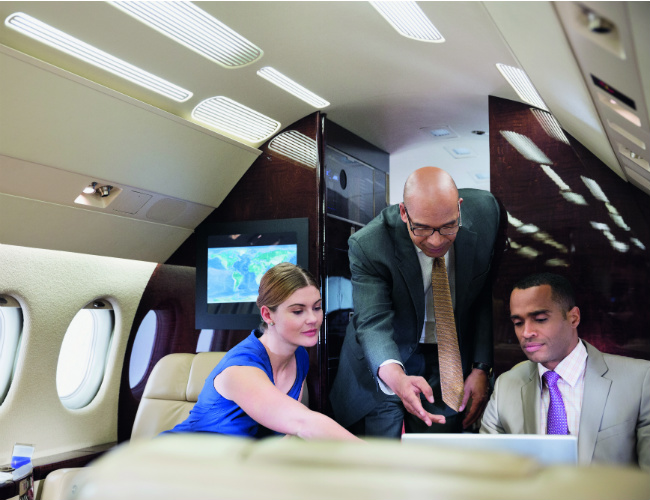 But while the new facility does present opportunities, privately there are also concerns.

Among them, Alnaqbi admits some companies are uneasy with having to share the terminal, which is designed to accommodate a number of FBOs with their own dedicated lounge facilities, due to privacy concerns.

“We fully support DWC but we fully believe our market here does not like to share,” he says.

To date Jetex, Jet Aviation and Falcon Aviation, are sharing the facility, which was originally designed with four operators in mind.

Jetex officially opened its FBO lounge, including a fleet of Rolls Royce cars for airside transport and a cigar lounge last month, and will also offer a 5,000 square metre hangar facility for aircraft storage and maintenance in 2017.

“It is our largest facility around the world. We tried before to be in Dubai International but there are no slots and this new airport came with new slots. This is why we are there,” says Jetex’s Mardini, who dismisses concerns regarding the sharing arrangement.

“Travellers like to shop in duty free and this is what the VIP terminal can offer and the rest cannot offer.”

Equally though, several operators are also establishing their own personal space at the airport.

DC Aviation Al-Futtaim broke ground on a major expansion of its facility in October that will add a second hangar with 6,800sqm of covered space. The addition will bring DC’s total landside area at its business terminal in Dubai South to 24,000sqm and is set to open in Q3 of 2017.

Alnaqbi suggests announcements from other operators will follow, although he indicates an agreement is in place that only five operators – DC Aviation, Jet Aviation, ExecuJet, Jetex and Falcon Aviation – can operate from Dubai South until the 20,000-flight mark is exceeded.

“We have to be ready for Expo 2020 and you will see more contracts awarded in the near future about that airport to do with business aviation,” he says.

Outside of the UAE, which accounts for 26 per cent of the Middle East’s business jet fleet, much of the regional focus is on the largest market Saudi Arabia.

However, executives admit the market also faces growth limitations due to the so-called grey market of illegal chartering activity by private aircraft owners.

Some estimates suggest this activity, which takes away legitimate business of operators, accounts for at least 20 per cent of the overall business jet market in the region.

“I don’t think we’ll be able to solve the problems from the grey market in the near future, it might take 10 years,” say Alnaqbi.

But there are at least signs the country’s aviation authority is moving to solve the problem. The MEBAA chairman suggests the appointment of former Flynas chief Sulaiman Al Hamdan as minister of transport this year has boosted understanding of the needs of the aviation industry at the top level of Saudi government.

And he also takes encouragement from new regulatory action requiring all operators to have a commercial AOC.

The new rules place limits on privately owned aircraft operated by a foreign operator without an operating base in Saudi Arabia from conducting internal flights in the country and are expected to encourage the development of the legal charter market.

“Because Saudi is the biggest market, this is why you can see the majority of grey market [activity there],” says Mardini. “But with the new regulation we can see the grey market turning white and black, so it’s a matter of time.”

A lack of unified air space in the Middle East region means business aircraft require permission from each individual country they fly over rather one authority as seen in Europe. 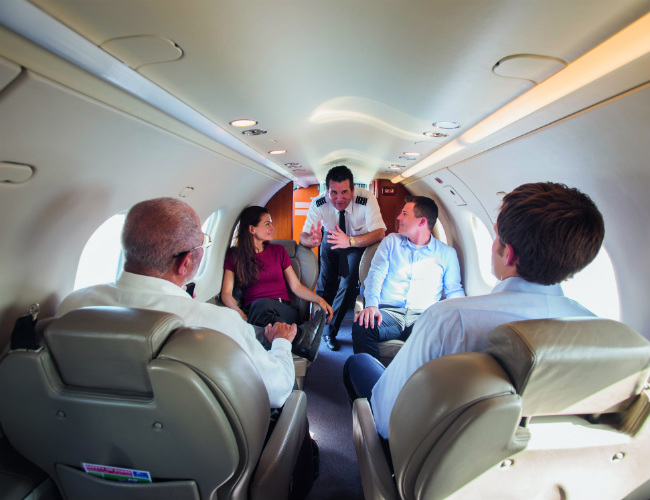 The region’s airspace is also becoming increasingly crowded, with British air traffic control service company NATS estimating costs related to traffic delays and extra fuel use waiting in the air could total $16bn over the next decade.

But discussions for a Gulf version of the European air traffic organisation, known as Eurocontrol, are still on going with a system initially covering the Gulf countries potentially on the horizon.

“We talked about this two years ago but the problem is all the GCAAs need to get together and that will take time,” says Alnaqbi.

Beyond the operators themselves, private jet manufacturers paint a varying picture of the Middle East market.

Canadian maker Bombardier said in its May forecast that the region remained a promising market with 350 new aircraft deliveries worth $12bn predicted over the next 10 years. The Middle East fleet is expected to grow at a compound annual growth rate of 6 per cent to 730 planes by 2025, with 95 per cent of new deliveries expected in the medium and large jet category, according to the firm.

Airbus Corporate Jets (ACJ), the private jet arm of the European manufacturer, is also seeing this appetite for larger aircraft.

In December, the company announced another commitment for its ACJ320neo aircraft, rumoured to be from a Middle Eastern customer, bringing its total orders and commitments to eight for the neo family – six ACJ320 neos and two ACJ319 neos.

It is also close to achieving its first commitment for the ACJ350 and a second is under discussion, according to Benoit Defforge, president of ACJ.

“Roughly the Middle East is one third of our business. Of 180 ACJ family jets around the world more than 60 are based or operated in the region for regional customers,” he says.

“So we want to continue with this ratio after that we will see how many aircraft we sell next year.”

In 2016 the company sold one jet every two months and is expecting to sell at least six in 2017, of which at least two to three will be in the Middle East.

As vice president of commercial Chadi Saade explains, the company sees a trend of owners upgrading from traditional business jets that it aims to exploit with the promise of the widest and tallest cabins and extra carrying space.

“This is the new market we’re trying to target in his region and everywhere,” he says.

But despite this optimism there are also some signs of stagnation in the market.

In its 10-year business aviation forecast released in October, aircraft engine and avionics manufacturer Honeywell lowered its global estimates for new jet deliveries by 6 to 7 per cent to 8,600 compared to 9,200 in its 2015 forecast.

The company said it expected annual fleet growth of 2-3 per cent in the Middle East and Africa region over the last five years to slow to 1-2 per cent through to 2021.

While it sees the Middle east and Africa accounting for just 3 per cent of global jet sales to corporate and charter operators, below the 6 per cent in Asia Pacific, 12 per cent in Latin American, 14 per cent in Europe and 65 per cent in North America.

Whichever report you believe it is clear that manufacturers and operators are expecting growth in the Middle East business jet market in the coming years.

But just how much may be as unpredictable as inflight turbulence.