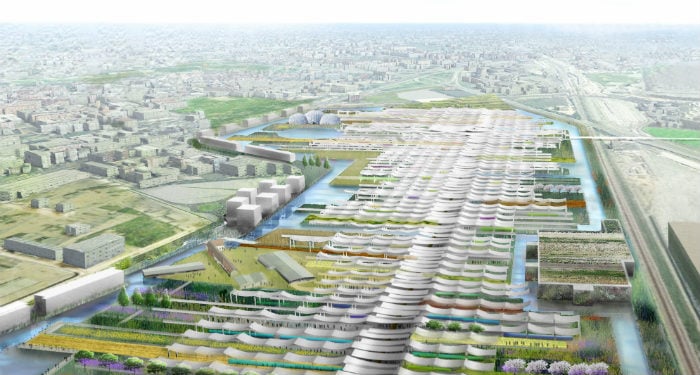 The visit of former Italian Prime Minister Enrico Letta to the UAE in February this year was seen as a constructive move for both economies.

In a press conference in Abu Dhabi, Letta said that the trip had generated “important positive results” and that he was confident about increased investment flow between the two countries.

During his visit, Abu Dhabi’s Etihad Airways also announced that it is in the final phase of due diligence for a possible acquisition of the troubled Italian airline Alitalia.

“I am very happy with the announcement; we have worked for this outcome,” Letta told reporters.

But the European country and the UAE now share another bond: Italian city Milan is preparing to host the World Expo next year, before it passes the baton to Dubai in 2020.

“Dubai has worked miracles by all standards and as we are preparing to host Expo Milano 2015, we are ready to put our expertise at the disposal of Dubai and the UAE to host Expo 2020. Joint cooperation will remain active well beyond 2020,” the former PM said.

He praised Dubai’s Expo 2020 plan as “forward looking’” and promised that Italy would offer support and expertise to help the emirate avoid the shortcomings it faced.

“We are very happy that the country we are handing the baton to after Milan’s World Fair is from a continent that has never hosted an Expo,” said Stefano Gatti, general director, Participants Division, Expo Milano 2015.

“Both have an important theme at the heart of the project – the theme developed by Dubai, ‘Connecting Minds, Creating the Future’, is perfectly in line with the project that we are working on.

“We have signed on February 2, in front of the Prime Ministers of UAE and Italy, an agreement that launches a strategic partnership and alliance between our two World Expos,” he told Gulf Business.

Gatti also confirmed that preparations were on track for the six-month long event in Milan.

“In December 2013 we delivered a total of 26 lots to the country representatives and corporate participants. They will be the first countries to access the expo grounds in order to set up their construction sites starting from March 2014,” he explained.

“We are now counting 142 participating countries and international organisations. Of these around 60 will build their own pavilions and some of the biggest pavilions will be from Gulf countries such as UAE, Saudi Arabia and Oman,” he said.

“We have now received 24 designs of these pavilions and I can tell you that they are wonderful and they will provide an incredible experience for the visitors,” Gatti added.

In terms of financing, he confirmed that approximately 1.3 billion euros of public funds were allocated for the event while private sector contribution is estimated at 300 million euros.

Investment in infrastructure further amounted to 11.5 billion euros, with 3.8 billion euros coming from the state.

“The total economic income that the Universal Exposition will generate in Milan and in Italy, between 2012 and 2020, will be approximately 23.6 billion euros, with an increase in added value estimated at 10 billion euros and 191 thousand people employed, directly or indirectly,” confirmed Gatti.

The event will also have a major impact on tourism in the long term, he said.

“World Expos redefine and reposition a town on the world map. This is happening for Milan and will happen for Dubai, which will host what we are sure will be an unforgettable World Expo in 2020.