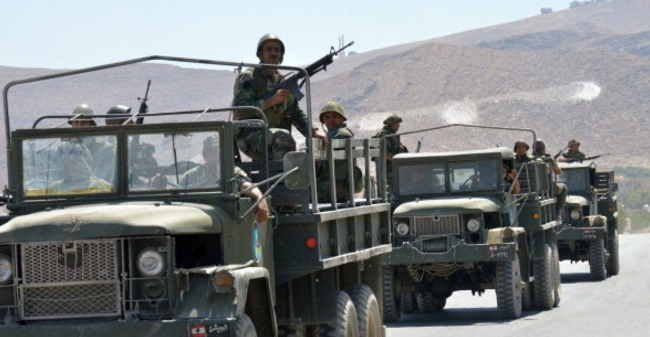 Weapons imports to Saudi Arabia have rocketed by 275 per cent in the last five years, according to a report by the Stockholm Peace Institute.

The kingdom now receives 7 per cent of international arms imports, putting it second behind India which receives 14 per cent.

Saudi has led a military coalition against the Houthi rebels in Yemen since March last year.

Coalition ally the United Arab Emirates was found to be the fourth largest importer, amassing 4.6 per cent of weapons, placing it just 0.1 per cent behind China.

The UAE’s imports grew by 35 per cent over the five-year period, while neighbour Qatar’s imports jumped by 279 per cent. Egypt’s also grew by 37 per cent mainly as a result of a steep rise last year.

Overall arms imports by Middle Eastern states grew by 61 per cent – the largest regional increase – during a period marked by massive internal unrest as well as the rise of Islamic State.

The United States, Russia and China were found to be the biggest international weapon exporters respectively, with the US selling the bulk of its arms to Saudi.

SIPRI Arms and Military Expenditure Programme senior researcher Pieter Wezeman said: “A coalition of Arab states is putting mainly US- and European-sourced advanced arms into use in Yemen.

“Despite low oil prices, large deliveries of arms to the Middle East are scheduled to continue as part of contracts signed in the past five years.”

Meanwhile, imports by states in Africa increased by 19 per cent with Algeria andMoroccoremaining the two largest arms importers in the region with a combined total of 56 per cent of continent’s imports