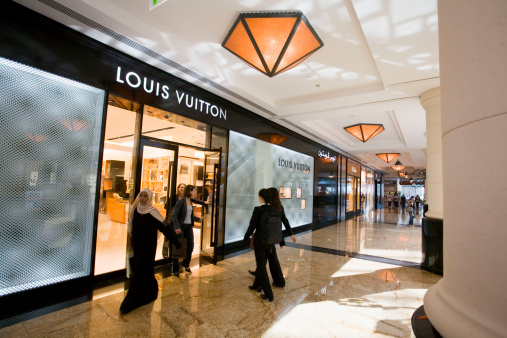 The Middle East was ranked 10th among the top global luxury markets in the world, according to the latest report by consultant Bain & Co.

The report added that the consumption of luxury goods in the Middle East surged by 11 per cent this year, largely driven by increased tourist flows to the region.

“While the international luxury market is affected by a number of causes such as the economic slowdown, unrest in various parts of the world, and currency fluctuation, the Middle East continues to demand luxury goods,” said Cyrille Fabre, a Bain partner and leader of the retail & consumer products practice in the Middle East.

“The trend will continue to grow, especially in the GCC with the opening up of new malls and luxury brand stores in the next five years.”

He added that the consumer base for luxury goods in the region is rapidly growing, with the luxury car market and more specifically the ‘supercar’ segment set to grow strongly in the next few years.

Expenditure on luxury goods has been steadily growing in the Gulf markets, aided by a growth in mega shopping malls and a rise in consumer spending power, experts note.

A recent report by consultant Knight Frank named Qatar, the UAE and Saudi Arabia as the top three countries in the new luxury opportunity index.

The study forecast that spending by ultra high net worth individuals in these countries is expected ti have risen in 2014, with almost a third of the wealth managers polled saying that they expected their clients to step up expenditure on luxury goods.

Globally, Chinese consumers were the top spenders on luxury products, spending more than three times in other countries than what they spend locally. However, Chinese consumption grew by just 10 per cent in the first eight months, a clear slowdown from the same period in 2013, the report said.

Conversely, Japanese citizens were found to make most of their luxury purchases at home with the Yen devaluating by nearly 30 per cent since 2012.

Tourists are also increasingly influencing the luxury market in the Americas, while tourists’ behaviour in Europe is sharply changing as proven by the analysis of tax-free shopping in Europe, the report added.

“With such cross-pollination of luxury spending, it no longer makes sense to think only in terms of geographies,” said Claudia D’Arpizio, a Bain partner in Milan and lead author of the study.

“The focus is shifting to consumers, with local trends and tastes representing only part of the picture. This new mind-set has important implications for luxury brands. It requires that they think about their product offering from a more global perspective, with the concept of seasons, a key pillar of this industry, becoming increasingly obsolete.”