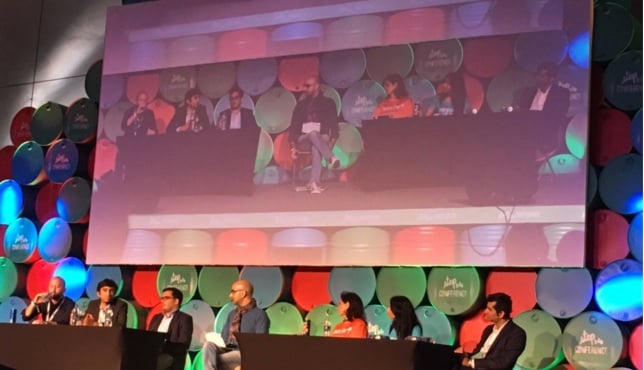 Investors in the Middle East must speed up funding procedures, according to a panel of entrepreneurs and venture capitalists at the Step Conference in Dubai.

In a debate between three start-up founders and three investors, the panelists agreed that the length of time it takes to finalise funding needed to be cut down, especially with seed money.

Rounds of investment can typically take up to nine months to complete due to extended negotiations over terms and other issues, explained the participants.

“It takes probably six to nine months to close a deal with a VC here,” said co-founder and managing partner of Dubai-based BECO Capital Amir Farha.

“I think that’s a big problem and we realise that.”

Among the reasons given by the team of investors for the lengthy time frame are the importance of building a relationship with start-up founders, carrying out due diligence, and tracking a company’s progress.

While understanding the need for caution, Mudassir Sheikha, co-founder and managing director of ride hire company Careem highlighted the frustrations the timeframes can bring.

“There is a need to do the due diligence and see the track record of the company, but there is a point where the VCs decide that they want to invest and what’s unfortunate is the time it takes from that point to the closing of the deal and getting the money in the bank. That’s really painful,” he said.

Explaining that Careem’s first round of funding took six to seven months, while the second took seven to eight months, and the third slightly less time, he added: “That is a waste of time and so frustrating.

“We then have to hire expensive lawyers and all sorts of things, and it’s in their interest to prolong it because they are being paid by the hour. It’s a pretty difficult situation and it doesn’t add value.”

She said: “It took me six to eight months to raise the second round which was really painful. And obviously after the term sheet there’s a couple of months of negotiations and lawyers and shareholders agreement, which is a complete waste of time.

“If you’re an early stage start-up and an investor is going to invest $200,000 to $300,000 they should be quick and not drag the entrepreneur through six months, redoing the deck 15 times because someone’s asking for something extra. It’s not good for the business.

“Most of the VCs, entrepreneurs and angel investors know each other because we meet at events and we know each other’s businesses. This should make the process much faster. Maybe just come over to our offices for a couple of days, see if you like it and make a decision.”

Joy Ajlouny, co-founder and creative director at delivery service app Fetchr explained that negotiation of terms is the most trying aspect, adding: “It’s not the deciding. It’s after the deciding that’s painful.”

Investors agreed that there was a greater need for transparency over the reasons for lengthy processes.

“We probably should do a better job at explaining our investment procedures and styles,” admitted Walid Mansour, managing partner at Middle East Venture Partners.

Khaled Talhouni, managing partner at Wamda Capital added: “The best thing we can do is really be more upfront,” before suggesting quicker timeframes were achievable.

“I think we can move a lot faster,” he continued.

“There’s no reason a seed round couldn’t be done in a month or two months. That needs to be our new normal and I think we’re all heading in that direction”.