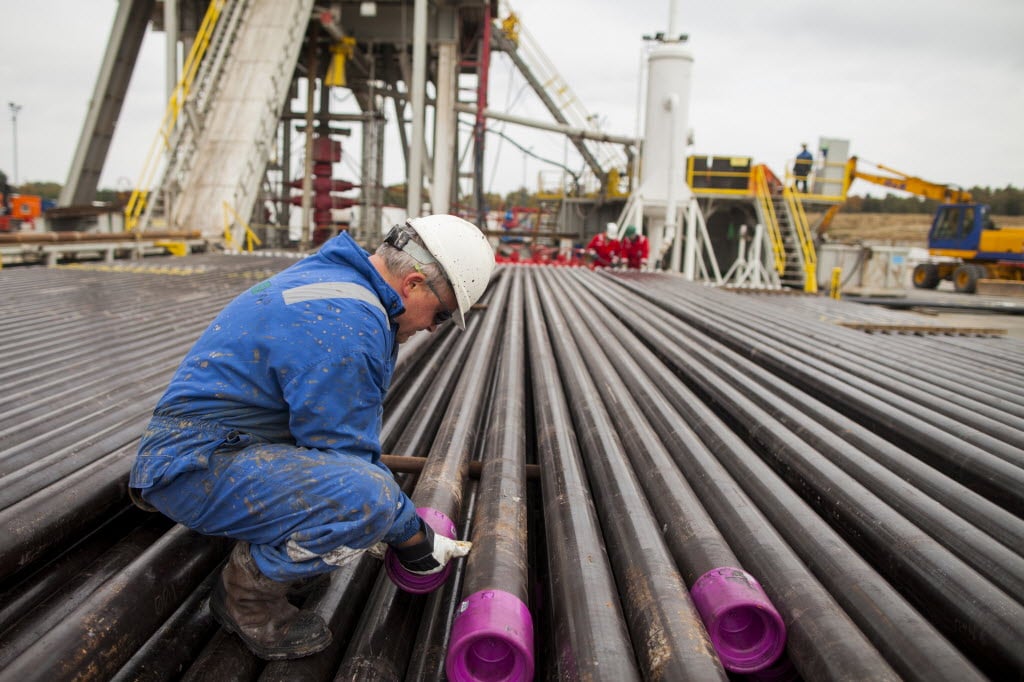 Middle Eastern oil producers face a mountain of challenges in the next two decades as Russia and South America strive to replicate the U.S. shale oil boom, while demand jumps in the region’s domestic markets.

Oil company BP said in its influential annual outlook issued on Wednesday that Middle East energy use will grow by 77 per cent by 2035, double the increase in production, meaning as little as 65 per cent of oil output will be available for export, down from 72 per cent.

This could put additional pressure on government budgets of countries such as Saudi Arabia that depend on oil export revenue, at the same time as supply from shale oil and other non-conventional sources meets the bulk of global demand growth.

BP expects Russia and South America to join the United States in tapping shale oil over the next two decades, indicating the shale boom that has transformed the U.S. energy market can, to some extent, be repeated in other countries.

“The second-biggest coming in over time is Russia and then South America, and in South America Colombia and Argentina,” BP’s chief economist, Christof Ruhl, said at a news briefing, referring to sources of shale oil growth outside the United States.

BP’s prediction that countries other than the United States will partly re-create its shale oil boom contrasts with other long-term energy forecasts. The Organization of the Petroleum Exporting Countries, for example, assumes shale production will have no impact outside North America.

The United States will become energy self-sufficient by 2035, BP said, a more concrete forecast than previously, as the shale boom allows it to surpass a previous 1970 peak in oil output and as gas supply rises. North America will become self-sufficient even earlier, in 2018.

The Middle East remains the world’s largest oil exporting region and also becomes the largest consumer of oil and other fuel liquids per capita, surpassing North America, by 2035 consuming over three times the amount per person than the global average, BP said.

Low, often subsidised prices for gasoline and electricity give Middle East residents little incentive to switch to fuel-efficient cars from gas-guzzlers, or cut their use of air conditioning in one of the world’s hottest climates.

At the same time, countries’ efforts to develop their economies beyond oil are leading them into energy-intensive industries such as aluminium smelting.

World oil demand will rise to 109 million barrels per day (bpd) by 2035, up 19 million bpd and led by China, India and the Middle East. Even so, oil will be the slowest-growing fuel over the period.

BP expects Russia and South America to contribute about one million bpd of shale oil each by 2035 and that oil from tight rock formations will account for seven per cent of global supplies in 2035, Ruhl told reporters.

Still, the entry of other producers will not prevent a slowdown in the rate of supply growth.

“What we have is very rapid growth right now, and decelerating over time,” Ruhl said.

This is the fourth year that BP, a publisher of benchmark energy statistics for over 60 years, has issued its long-term energy outlook. This year’s report looks to 2035, five years longer than previously.

This survey marked the first time that BP predicted exactly when the United States would be energy self-sufficient. Last year’s report said it would “nearly” happen by 2030.

While the United States becomes a net exporter of natural gas by 2017, shale gas over the next two decades will have no such impact in Europe. The European Union will see its gas import dependency rise to 84 per cent in 2035 from 66 per cent.

Fossil fuels remain dominant in the energy mix to 2035. Gas and coal will account for 54 per cent of global demand while the share of renewables grows to seven per cent from two per cent.