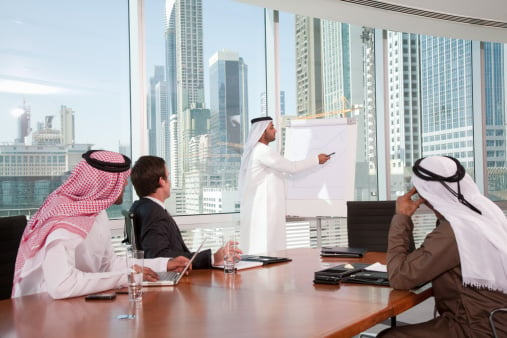 Almost 44 per cent of CEOs in the Middle East said that they are ‘very confident’ that their company’s revenues will grow in the next 12 months, according to PwC’s annual global CEO survey.

Although this figure is relatively higher that the global average of 37 per cent of CEOs, it has declined from the massive 69 per cent in the previous survey.

“CEOs overall remain cautious in their near-term outlook for the worldwide economy, as well as for growth prospects for their own companies,” said Dennis M. Nally, chairman of PricewaterhouseCoopers International.

“CEO confidence is down notably in oil-producing nations around the world as a result of plummeting crude oil prices. Russia CEOs, for example, were the most confident in last year’s survey, but are the least confident this year. Confidence also slipped among CEOs in the Middle East, Venezuela, and Nigeria.”

“While some mature markets like the US appear to be rebounding, others like the Eurozone continue to struggle. And while some emerging economies continue to expand rapidly, others are slowing. Finding the right strategic balance to sustain growth in this changing marketplace remains a challenge.

The executives in the Asia-Pacific region were the most optimistic about the global economy with 45 per cent of those polled saying that they expected economic conditions to improve in 2015.

CEO confidence in North America has seen a growth with 43 per cent of respondents being optimistic, up from 33 per cent last year, the survey said.

Respondents from Western Europe and Central Eastern Europe were the least confident about their company’s growth prospects.

The survey also noted that the CEOs ranked the US as their most important growth market in the next 12 months, placing it ahead of China for the first time in five years.

In addition, CEOs said that they will undertake a number of business strategies such as cutting costs (71 per cent), form a joint venture (31 per cent) and outsource a business function (29 per cent) to strengthen their companies.

Financial markets across the world have been bearish over the last few weeks due to lower oil prices and a sluggish growth forecast.

Earlier this week, the International Monetary Fund (IMF) cut the global growth forecast to 3.5 per cent in 2015 and 3.7 per cent in 2016, lowering the estimates by 0.3 percentage points for both years.