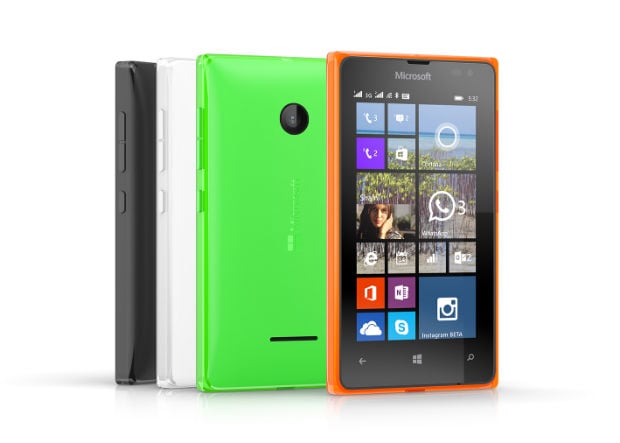 Microsoft Devices has launched the Lumia 532, its latest offering in the affordable smartphones range, in the UAE.

The 532 will be priced at Dhs385 and come with a free screen protector, back cover and other app offers, the tech giant said.

The phone will be available in a range of colours including bright green, bright orange, white and black.

Other features of the Lumia 532 include built-in Skype integration, pre-installed Microsoft Office and easier access to Microsoft Outlook. The phone will also have an application that will anticipate a user’s needs and make tailored suggestions as a result.

“The Lumia 532 appeals particularly to those looking to buy a smartphone for the first time, with an operating system that is both intuitive and deeply personal.”

Microsoft has launched a number of Lumia devices following its acquisition of Nokia last year.

Earlier this month, the company launched the Lumia 640 and 640 XL at Mobile World Congress in Barcelona.

In the UAE, Microsoft also recently launched special golden editions of the Lumia 830 and 930 smartphones. The gold editions follow the 830 and 930’s launch in November and June respectively.

A recent report by IDC showed that Android and Apple’s iOS ruled the smartphone market, accounting for 96.3 per cent of all smartphone shipments in 2014.

Windows Phone had just a 2.7 per cent share globally, sporting the smallest year-over-year increase among the leading operating systems at 4.2 per cent in 2014.

“Having finalised its acquisition of Nokia in the spring of 2014, Microsoft relied primarily on a long list of entry-level Lumia devices to maintain its position in the market,” the report said.

“With the launch of Windows 10 later this year, Windows Phone stands to make a more concerted effort to return to the high end of the market.”