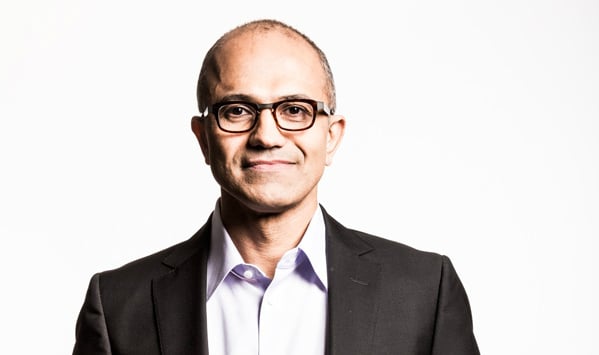 US tech giant Microsoft has appointed a veteran insider as CEO following an extensive search.

Satya Nadella, the 46 year-old head of Microsoft’s cloud computing and enterprise divisions has become only the third person to lead the company since it was founded 39 years ago.

He takes the reins at a time when Microsoft is considered to be losing ground to Apple and Google in both devices and online services.

“During this time of transformation, there is no better person to lead Microsoft than Satya Nadella,” said Bill Gates, Microsoft’s founder. “Satya is a proven leader with hard-core engineering skills, business vision and the ability to bring people together. His vision for how technology will be used and experienced around the world is exactly what Microsoft needs as the company enters its next chapter of expanded product innovation and growth.”

Indian-born Nadella replaces Steve Ballmer who said he would step down in August 2013, following criticism of the company’s dependence on the Windows operating system and its Microsoft Office software.

The company had also dabbled in the tablet and mobile space with limited success, an area that will be a key challenge for Nadella going forward, particularly with Microsoft’s acquisition of Nokia’s mobile division.

Nadella was considered a “safe pick” by some analysts, following a five-month search that at times was linked with executives from Ford and Qualcomm.

As an indication of how little known the new CEO is outside of Microsoft, Nadella was introduced with an extensive web page, featuring photos and videos.

Internally, however, he is well recognised for running the company’s fast growing cloud services division. Microsoft’s cloud revenue was up 107 per cent YoY in its second quarter results released in January.

Microsoft also announced that Bill Gates would be stepping down from his role as chairman, taking a new role on the board as founder and technology advisor.

The formers CEO’s continued involvement in the management of Microsoft is reported to be a source of friction, with some worrying whether his presence will limit the abilities of the new appointee to shake up the company.