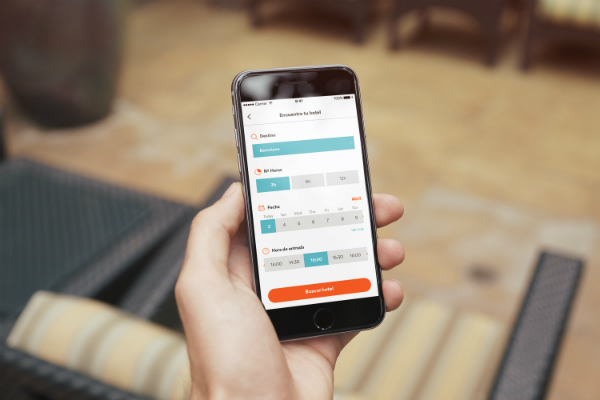 Barcelona-based ByHours, a hotel app allowing guests to book stays of three, six or 12 hours, has launched in the Middle East and North Africa region.

With more than 3,000 hotels signed up, founder Christian Rodríguez and Guillermo Gaspart hope to redefine flexibility in the regional hospitality business.

Most locations are near transport hubs (Dubai International Airport as a high priority in the UAE) as well as business districts and venues.

The micro-stay concept, which sees users pay for the defined amount of time they spend in the facility, could offer hotels a possible path against the competitive network of Airbnb by enhancing their revenue per available room (RevPAR).

The ByHours proposal has already been accepted by hotels in Europe and Latin America and an initial 127 have signed up in the Gulf Cooperation Council, including 65 in Dubai.

Current partners include the Louvre Hotels Group as well as the Jumeirah Creekside Hotel, proposed for its convenient access to business districts and the DXB airport.

“Being a tourism hotspot as well as a key business hub, we believe the app will help many international business travellers coming to the region for a conference or a short meeting,” said chairman Gaspart.

“Since launching Byhours in 2012, we have increasingly witnessed a strong demand for micro-stays in hotels. We believe that this is not a temporary trend; it is a growing sector for the hotelier market. Our ambition is that Byhours begins to be recognised as a must-have travel and lifestyle tool.”

Though quite basic, the app offers a map view of available hotels near the localisation point and the possibility to put regular hotels in favourites for a quick rebooking.

As hotels upload rooms annually, before redefining their offer monthly and weekly following business trends, users can book up weeks in advance.

Still, the noteworthy mention of the platform is the possibility to book a room until up to 30 minutes before arrival and flexible check-in and check out times.

Gaspart said the brand, which has to date received EUR7.2m ($8.9m) in funding, was in talks with the biggest hotel brands in the UAE.

It is also eyeing expansion into the United States and Asia in the coming years.

Future updates to the app could include a service in partnership with Uber where a driver is automatically booked 30 minutes before check out time.

Other potential additions include a new feature for hotel meeting room bookings.