Michael Dell: ‘I am just on a really big adventure’ - Gulf Business 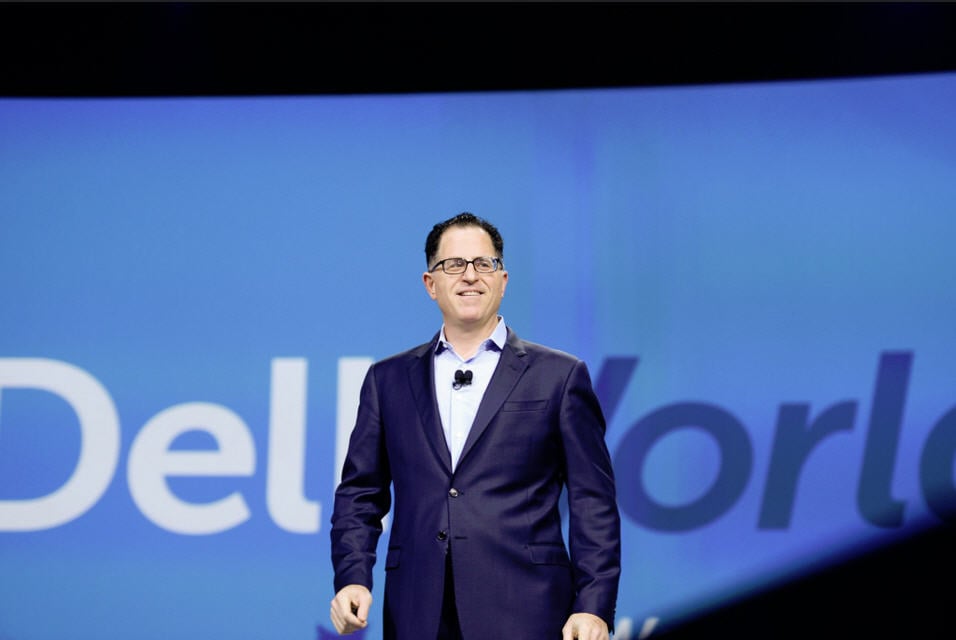 The chief executive officer of American tech company Dell has described the ‘fun’ he is having as he prepares for what is billed to be the world’s biggest technology merger.

Michael Dell spoke candidly to Gulf Business about his excitement ahead of his company’s $67bn acquisition of storage company EMC, which is likely to be finalised next year.

The Texan, who founded the company 32 years ago in his college dormitory room, also trounced any rumours of possible job losses as a ‘hysterical reaction’.

Speaking during Dell World, held in Austin, Texas, he said: “If you told me I couldn’t do this, I’d be depressed. I like doing the stuff. I am tremendously excited about the role that technology has in changing the world and when I see what is going on in healthcare and in cancer research and in education and in the advancement in societies.”

He added: “I look at what has happened in the last 30 years, there has been a lot of progress in the world; you read about a lot about bad things in the world, but there has actually been a tremendous amount of progress. And to me it mirrors the rise of the microprocessor. Now somebody in Africa for $30 can hold a device in their hands and have more information than the president of the United States had 25 years ago – and it is amazing.

“The availability of information and how that changes the world, to me, is exciting. So I get to have a front row seat in that and get involved. It is a lot of fun.”

The deal with EMC will give Dell a slice of expertise in data management, VMware covering virtualisation, RSA for security and Pivotal enabling big data management and analytics.

During Dell World, the company also unveiled the Gateway 5000, a new product aimed at simplifying the ‘internet of things’ for companies and announced plans to build a Dell Hybrid Cloud System for Microsoft.

The company is also set to partner up with firms in the Middle East to build up its cloud service capabilities, while 200 people are expected to be hired locally to build on the IoT boom in the region.