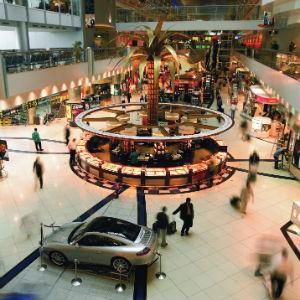 The Middle East and North Africa (MENA) region saw a loss of an estimated seven million tourists last year because of the unrest in the region, according to statistics released by the United Nations World Tourism Organization (UNWTO).

However, the body says that the region will see a rebound in tourism in the next few years. The organisation is projecting a seven per cent annual growth rate over the next 20 years, with visitor numbers set to reach 195 million by 2030, up from 79 million in 2010.

“We are very impressed by the rate of recovery of some of the most affected countries in the region,” Taleb Rifai, UNWTO Secretary-General said during a conference at the Arabian Travel Market in Dubai.

“Countries that were directly affected, like Egypt, Tunisia, Syria and Yemen, saw a downturn of 80 to 85 per cent as political events unfolded, but minimised their losses considerably in 2011, closing the year down by 25 to 30 per cent, ” he said.

Egypt’s Minister of Tourism, Mounir Fakhry Abdel Nour said first quarter visitor figures indicated the country was on the right track to return to the level of 2010 numbers by the end of the year, following a downturn of 33 per cent in 2011.

According to Rifai, tourism growth in the region is set to continue.

“The potential for growth is still excellent as we are starting from a low nominal base in the region. Even with 79 to 80 million tourist arrivals, the region has less than eight per cent of the world’s intake of tourists, which currently stands at almost one billion. The MENA region deserves much more,” he added.

He also identified certain destinations as ‘ones to watch’.

“There are a number of attractive untouched destinations that need a lot of investment, such as Libya and Algeria. These are sleeping giants,” he said.