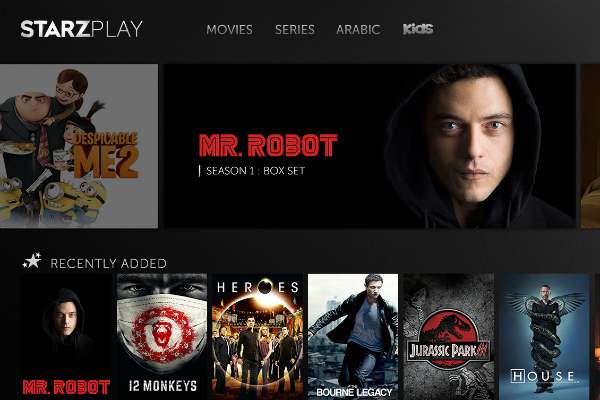 On Tuesday, the company disclosed that it had received $125m in funding since its inception in 2015 after closing a round in April that saw backing from new and existing investors.

In an interview with Gulf Business, CEO Maaz Sheikh declined to disclose how much was raised in the most recent funding round but said the announcement was intended to give the firm credibility in its negotiations with studios and technology partners.

The streaming service plans to use some of the investment to acquire new programming and grow its user base, which currently stands at more than 700,000 paying subscribers.

The CEO said the company, which has the exclusive regional rights to shows including US series Power, Taboo, Vikings, Ash Vs. Evil Dead and Billions, was signing up 2,000 to 3,000 customers on a daily basis but was also experiencing a higher churn rate than originally anticipated.

“We are adding more new subscribers than we originally envisioned but at the same time the churn in the business is more challenging than we initially anticipated,” he said.

Starz Play has sought to differentiate itself from international rival Netflix, which launched in the UAE last year, by catering for regional payment issues including a lack of credit card penetration in less developed markets.

Read: Netflix launches in the UAE, adds Arabic language to its offering

It now allows user to pay for its service through mobile carriers in 12 countries and is increasingly targeting localised content.

Sheikh indicated that there was currently no investor pressure on the company to be profitable with its current focus on expansion, boosting subscriber numbers and average revenue per available user.

“We can certainly cutback on certain areas of spend and become profitable sooner, maybe in 2018, but that might not be the right step in generating the right shareholder value,” he said.

“For a young company like ours that is competing with a global brand and juggernaut like Netflix we need to stay ahead of the game in terms of content and programming and product features.”

The CEO also suggested that Starz Play had benefitted from Netflix’s entrance into the region because of a crackdown on users that were previously accessing its rival’s extensive US service through virtual private networks.

Looking ahead the company will focus on bringing its model, including carrier billing, to markets beyond MENA and is evaluating its options based on the price of TV packages and broadband penetration.

Sheikh said the company possessed sufficient funding to support potential expansion efforts in parts of Africa, South Asia and Eastern Europe for now but he did not rule out a listing at some point in the future.

“We have a range of shareholders and shareholder views so listing is certainly an option one day but that for us is not any time soon. We’re still establishing the business and growing the business we have a long ways to go before we start looking at exit options,” he added.