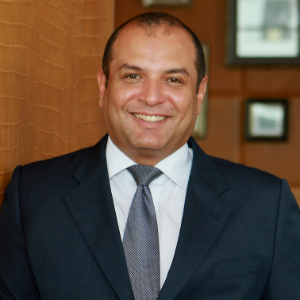 Amidst growing investor concern about the Eurozone, geopolitical tension in the Middle East and a slowdown in India’s growth, Riad Meliti, the CEO of Arqaam Capital, an emerging markets specialist investment bank, remains firmly bullish.

In an exclusive interview to Gulf Business, Meliti expressed his optimism about the bounce back of global markets, while revealing what investment classes will perform well in the Middle East.

Meliti believes that we could be at the back-end of the Euro crisis, if the last remaining issues of the Eurozone are resolved, otherwise it could cause bigger problems. “But four years are enough. The Euro resolution in whatever format needs to be put behind us,” he says. He anticipates that if the European Central Bank (ECB) becomes more proactive it could hasten the deleveraging of banks, while reducing the refinancing risks of companies around the world.

He adds that although the Arab spring had led to risk aversion in the short-term, the long-term prospects of implementing a consensus government will be significant, since “democracy breeds stability” and is an easier sell on a global market platform.

Slowing growth in emerging markets is also something he’s not concerned about. “Even if growth rates fall one per cent, these markets are still growing substantially.”

Instead of focussing on the problems, Meliti is looking at the opportunities. “The MENA market has over 1,000 publicly listed stocks, of which there is active research on only around 130. With such depressed valuations, bottom-up fundamental analysis has tremendous scope.” He says that despite equity volumes collapsing by 80 per cent in the last three years, the stock market in the region could double investor equity within a 24-month horizon.

Meliti is also of the opinion that regional development of the corporate bond market will present great investment opportunities to foreign institutional investors (FIIs) and high net worth individuals (HNIs). “This market will grow significantly by 2014.”