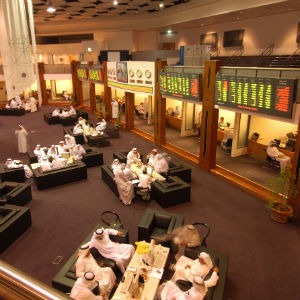 In total, four regional IPOs came to market in the first quarter this year, the same number as in Q4 of 2011.

Tunisia and Morocco also saw one issuance each.

“Even though we have seen an improvement in the performance of regional bourses, this has not yet translated into a consistent increase in regional IPO activity,” Phil Gandier, MENA head of Transaction Advisory Services, Ernst & Young, said in a statement.

“The IPO markets have been very quiet since 2009 mainly due to lower than acceptable valuations than private and family businesses were willing to accept,” he said.

However he added that there was a growing interest from such businesses.

“The strategic rationale of institutionalizing these companies and protecting them from succession issues by embarking on the IPO journey is as relevant as ever. Improvements in the secondary markets have increased the prospects of better pricing for IPOs. This translates to a subsequent increase in the readiness to go public,” he said.

Global IPO activity has also plummeted during the period, and a total of 157 deals raised only $14.3 billion, down by 69 per cent by capital raised -$46.6 billion in 296 deals- compared to the same period last year.