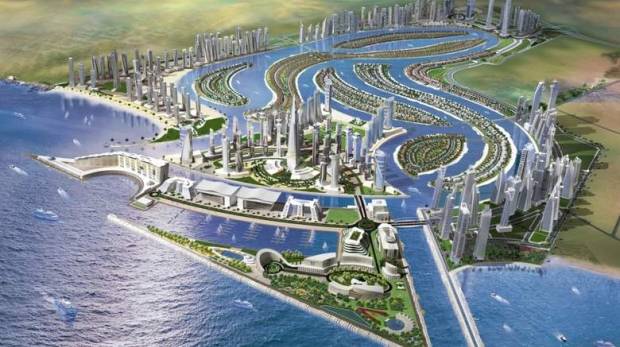 A new mega waterfront city that will be able to house 200,000 residents upon completion has been planned in Sharjah, according to its developer.

Spread across 36km of coastline, the Sharjah Waterfront City project is slated to become the emirate’s largest commercial, residential and tourism development with a total area of around 60 million sqft.

The development will include 10 islands connected by canals and bridges and also feature its own water theme park called Crystal Lagoon, spread across 1.5 million sq ft.

The first phase of the development, which will include mixed-use towers and hotels, will reportedly cost Dhs 9.35bn, its developer, Sharjah Oasis Real Estate told local media.

Further details of the project will be revealed during the Cityscape exhibition in Dubai next month.

The new project also seeks to support Sharjah’s 2021 vision, as part of which the emirate aims to attract 10 million visitors by 2021.

Sharjah has been seeing a spate of new mega project launches this year – last month, Sharjah Investment and Development Authority (Shurooq) announced plans to develop a major leisure attraction in Dibba Al Hisn, one of the emirate’s exclaves that is located close to Fujairah and Oman.

The project will feature a water canal, restaurants and cafes, a movie theatre, children’s playgrounds and other amenities.

Valued at Dhs 80m, the island will consist of a Butterfly House that will house 500 species of butterflies, a Literature Pavilion, a children’s playground and an egg-shaped OVO art sculpture.