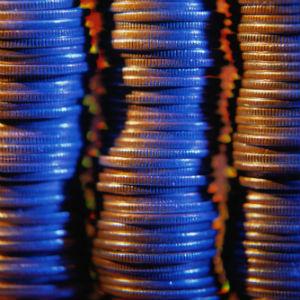 Qatar, Kuwait, UAE, Bahrain and Oman were all in the top 15 places of countries in the world with the highest proportion of millionaire households, with Qatar coming second to Singapore with 14.3 per cent.

Qatar and Kuwait each held six ultra-high-net-worth households – $100 million or more – while the UAE had four.

The findings were announced on Wednesday by Boston Consulting Group in its annual Global Wealth Report.

“We see this growth despite the fact that Middle Eastern and African stock markets suffered from the political instability caused by the uprisings across the Arab world in 2011,” said Dr Sven-Olaf Vathje, partner and managing director of BCG Middle East.

Private wealth in the region is expected to grow by a compound annual growth rate of 6.6 per cent by 2016, reaching $6.1 trillion.

The report also showed a total of $1.5 trillion from the MEA region was stored in offshore funds with 40 per cent being booked in Switzerland.

The region had the highest proportion of offshore wealth in the world with Saudi Arabia having 65 per cent of its private wealth booked offshore, followed by Kuwait with 53 per cent and the UAE with 52 per cent.

“UAE offshore investment has been put back into the Gulf itself. Things like oil and gas, manufacturing and real estate within the GCC region. The Middle East is still looked at as a very interesting area while other markets around the world remain flat.”

Outside of the MEA region, the report showed global wealth increased by 1.9 per cent in 2011 reaching $122.8 trillion. The old world – North America, Western Europe – shrunk by one per cent while in the new world – EMEA, Asia – private wealth grew by 10 per cent.