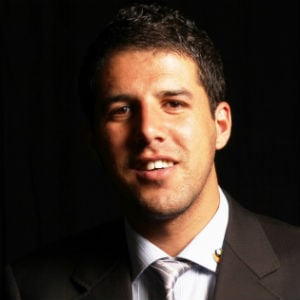 A UAE-based student will compete at the prestigious Intel Global Challenge competition in the United States later this year, after winning the regional final with his smartphone invention.

Alaeddine Mokri, a PhD student at the Masdar Institute of Science and Technology, developed the device called the ‘UltraSmart’, which can turn a smartphone into a multipurpose tool for engineers and scientists.

If successful, Mokri stands to win $50,000 in October when the final is staged at UC Berkley in Silicon Valley.

The Masdar Institute and Mokri’s device represented the UAE as it competed against more than 700 projects from across the Middle East and North Africa, before four final winners were selected.

“I feel that I am paying back to a country that I deeply love and feel indebted to because now I will be representing the UAE in the Intel Global Challenge, where not many countries will be present,” said Mokri.

“I developed this device in Abu Dhabi with the knowledge that I acquired here, and tools that I bought here. Now I see it standing out in the Arab world and I will be competing at a global event.”

The ‘UltraSmart’ is a combination of a measuring device and an adapter which, when used with the corresponding application, offers several functions and tools useful to scientists and engineers.

The device enables a smartphone to perform 3D scanning of plots and graphs to gather data as well as measuring the distance, curvature, or the surface area of a given object.

The tool can also help application developers address the needs of professionals in industrial design, allowing them to take measurements and create drawings with their smartphones.

Designers and manufacturers of solar cells, as well as applications specific to nanotechnology and nano-science, can also use the device.

Mokri, also a research assistant at Masdar Institute, has two U.S. patent applications on the invention – the latest achievement in his work.

Last year he was named the ‘Solar Entrepreneur of the Year’ by Emirates Solar Industry Association for his research on designing, implementing and operating solar power systems in the UAE.

He also worked closely with NASA’s Ames Research Centre in California where the ‘Phonesat’ project, which Mokri contributed to by identifying the best solar cells for use in small satellites, was selected among the top 100 technology projects in the ‘Best of What’s New’ Award by Popular Science magazine.

Previously, Mokri won an award in the ‘IEEE Made in UAE 2012’ competition for his sustainable wireless electric mobile phone charger invention.

Dr Fred Moavenzadeh, president, Masdar Institute, said: “This smartphone device developed by Alaeddine is only one of his recent achievements and we congratulate our PhD student on his remarkable feat.

“We are confident he will achieve similar feats to become the pride of Masdar Institute and the UAE.”