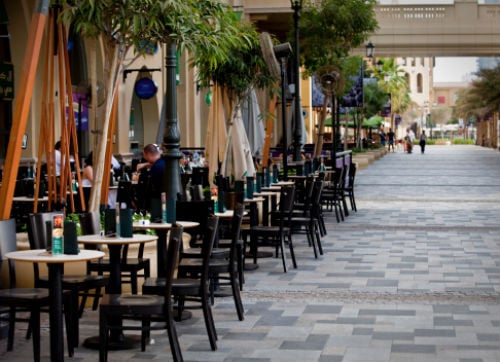 Dubai-based retail and hospitality group Marka has announced that it will launch the region’s first Harper’s Bazaar Café in the UAE.

Styled on the lines of the fashion magazine Harper’s Bazaar, the first café will open in the UAE before November 2015. However, the company did not specify a location for the outlet.

The Dubai-listed firm also said that it will open nine other outlets across the Middle East through 2020 following the café’s launch in the region.

The announcement was made in partnership with Hearst Corporation unit Hearst Magazines International, publisher of Harper’s Bazaar magazine.

“The Harper’s Bazaar Café is perfectly aligned with our mission to be the premier retail and hospitality operator in the Middle East,” said Jamal Al Hai, chairman of Marka.

“We have a bold growth strategy, and we’re committed to introducing new and unique concepts in partnership with leading international brands that reflect and support the Middle East’s rapidly growing stature in the global retail and hospitality landscape.”

The UAE’s food and beverage industry has been growing rapidly due to a rise in population and spending power among its residents.

Marka, which floated its shares on Dubai Financial Market in September, is aiming to tap into the booming market, with plans to bring around 50 retail brands and another 50 F&B outlets to the region over the next five years.

The company said that it will pursue a strategy of operating franchise agreements with brands and hospitality concepts with global partners along with acquisitions.

The UAE has also recently seen a spate of international media brands launching F&B outlets as they look to cash in on the region’s consumer boom.

Vogue Café launched in the Dubai Mall while GQ Bar was opened in JW Marriot Marquis in partnership with local licensees Inspired Brands.