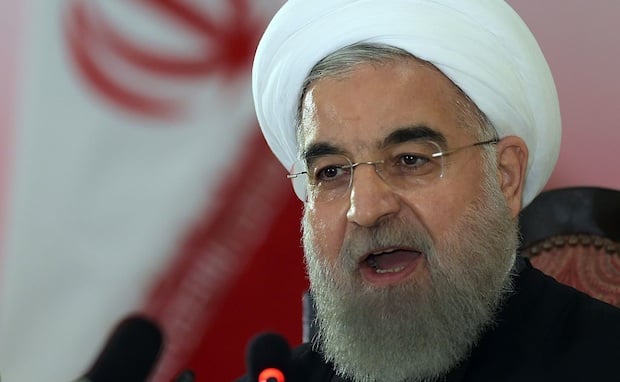 A man wielding a machete was shot and arrested in Iran on Monday after trying to break into the presidential office building, Iranian news agencies reported.

Tasnim News Agency said he was carrying the weapon and wearing white shroud, symbolising his readiness to sacrifice his life. The incident happened around 11:00am. (6:30am GMT).

“The assailant has been arrested and hospitalised. We are trying to identify the person and find out his motive,” the deputy governor of Tehran, Mohsen Hamedani, was quoted as saying by Fars news agency.

There was no indication that President Hassan Rouhani was in the building at the time of the attack, although Iranian media reported on several events that he attended outside his office.

Mehr news agency said the attacker, 35, was shot at leg when trying to pass the security gate of the presidential office in Pasteur Street in central Tehran. It is a high security area as other key government institutions are also located there.

While the Iranian media gave no details of any motive for the incident, protesters have been gathering in front of the presidential office building in recent years to show their anger against high prices and unemployment.

Many Iranians who lost their savings after investments in unlicensed credit and financial institutions gather there almost every month, asking for their money back.

In 2016, a 30-year-old miner, who had not been paid for months, doused himself in petrol and tried to set himself ablaze in front of the building.

Many Iranians are frustrated by the slow pace of economic recovery, arguing that jobs have been lost and prices have risen despite the 2015 agreement Rouhani reached with global powers to lift sanctions in return for curbing Iran’s nuclear programme.

Unemployment stood at 12.4 per cent in this fiscal year, according to the Statistical Center of Iran, up 1.4 per cent from the previous year. About 3.2 million Iranians are jobless, out of a total population of 80 million.

Soaring food prices also prompted widespread protests across the country in December, and resulted in the arrest of thousands of people.

Protesters shouted “death to Rouhani” and called on Supreme Leader Ayatollah Ali Khamenei to step down.

Iran’s rial hit a record low against the US dollar on Monday. The rial was quoted on the free market at 47,800 to the dollar, weakening from around 46,500 last week and 35,570 in mid-September.