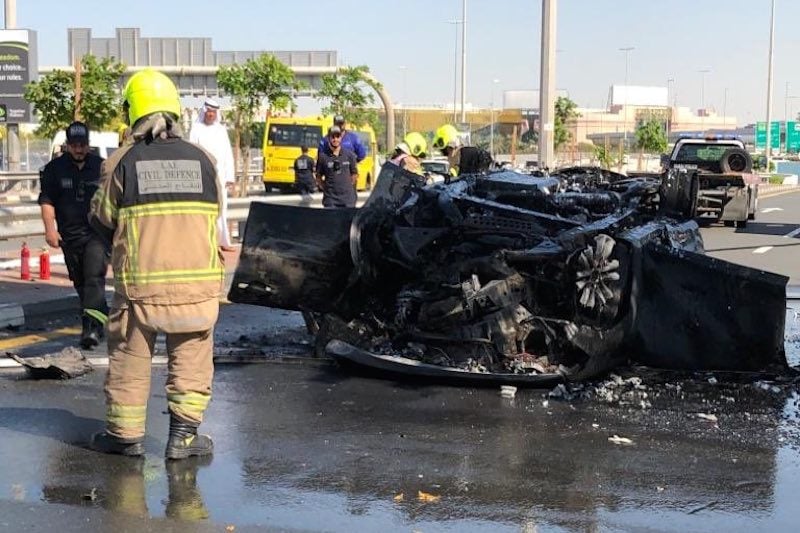 A man died after his car caught fire on a Dubai road on November 26.

The motorist was driving down a tunnel after the World Trade Centre towards Deira, when the car flipped over and erupted in flames, according to Dubai police.

The driver was trapped in his vehicle.

An investigation into the incident is underway.

Earlier this month, two Emirati children – aged three and one – died in Abu Dhabi after they were left inside a parked vehicle which later caught fire.