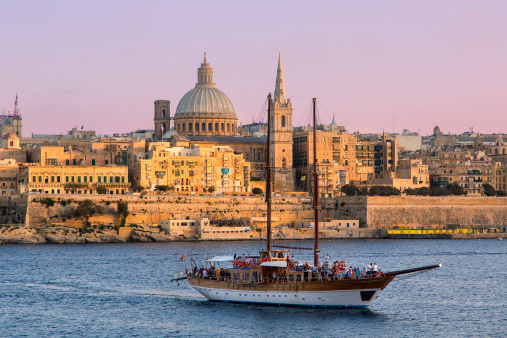 Recent events in relation to the collapse of the Cypriot banking system and the Eurozone’s unprecedented plans for its restructuring programme have brought to the fore questions about other supposed European tax havens, such as Malta and Luxembourg.

Malta, in particular, has borne the brunt of comparisons, due to its similarities with Cyprus. After all, both are Mediterranean island states, members of the European Union (EU) and the Eurozone, and both have a strong track record in financial services.

Yet, on closer examination, these comparisons seem fundamentally flawed. Not only do Malta and Cyprus have different economies, but also their banking systems are quite different from one another.

The Cyprus crisis has been compounded by the high exposure of Cypriot Banks to Greek debt. This was exacerbated when the EU introduced a haircut on Greek bonds in 2011. And since the island’s financial sector constitutes almost 40 per cent of the local economy, the ripple effects of a banking system shutdown were felt across the economy.

Malta’s banking system, on the other hand, paints a different scenario. The local banks have strong solvency ratios, and, with capital adequacy ratio above 50 per cent, they are also significantly well capitalised. In fact, the World Economic Forum has ranked Malta 13th out of 144 countries in terms of the soundness of its banking sector.

Thanks to this relative stability in its banking system and a limited exposure to foreign debt, Malta has been able to sidestep Europe’s economic malaise and emerged relatively unharmed.

“I think we’re small enough to be trusted. We’re a threat to no one, and we’re proud of that,” said Malta’s prime minister, Joseph Muscat.

Malta had, in fact, joined the Eurozone on January 1, 2008 to further enhance its macroeconomic and financial stability, and to contribute to the stability of Europe’s economic and financial system. Together with other EU member states, Malta had also participated in the setting up of a euro area regulatory and supervisory framework that includes the European Systemic Risk Board (ESRB) and the European Supervisory Authorities (ESAs).

“This gave us the opportunity to influence the EU agenda and steer a number of policies,” added Muscat.

Malta’s economy is based on the free-enterprise system. While a major part of the economy is privately controlled, public utilities are mostly provided through government-controlled entities. GDP in Malta has grown in recent years. Between 2007–2010 GDP growth averaged 4.3 per cent per annum, except for 2009 when the economy contracted.

The country has a low inflation rate, averaging 2.48 per cent from 2005 until 2013. The stock market has 39 listed companies with total market capitalisation of €8.7 billion, according to Finance Malta, the public-private initiative set up to promote Malta’s International Financial Centre.

Over the past years, the parliament has revised existing legislation and enacted new laws on banking and financial institutions, including the adoption of the EU’s third Anit Money Laundering directive.

The tourist industry is a major source of foreign-currency earnings. Overall, some 12 per cent of employed persons are involved in tourism-related activities. Since the early 1990’s the number of tourist arrivals has exceeded one million per annum, with incoming tourists predominantly from the United Kingdom, Germany and Italy. Malta is also becoming increasingly popular as a venue for conferences and English-language study.

Due to the small nature of its economy, Malta’s increased export and domestic economic activity are automatically reflected in the level of imports.

As a result of surpluses from the services industry, principally tourism, and from net investment income from overseas, Malta generally ends up with a surplus on current account. Similarly, net capital inflows have been invariably positive.

Malta’s main trading partners are the members of the EU, which account for more than 50 per cent of exports and 69 per cent of imports of goods and services.

As the country prepares to take presidency of the European Union in 2017, for the very first time, Malta will also have a major economic role to play in the Middle East, especially since the island nation is looking to enhance bilateral relations with Gulf states.

“It’s natural to put a Middle Eastern dimension to our presidency,” Muscat said.

Malta has signed double-taxation treaties with 70 countries worldwide, including with the UAE on 13 March 2006, with Qatar on 26 August 2010, and with Saudi Arabia on 4 January 2012 (convention for the avoidance of double taxation and the prevention of tax evasion with respect to taxes on income).

Malta opened a consular office in Dubai in 2003, and in Kuwait last year, with an influx of Kuwaitis coming to the island through government-sponsored student programs. At the start of 2013, Malta’s Chamber of Commerce launched a Middle East Business Council to tap into business links between the island and Arab states, with a particular focus on Gulf countries.

“Malta could be the future Dubai of the EU,” said Klaus Pedersen, internationalisation manager, Malta’s Chamber of Commerce.

This is apparent, even as the island has modelled much of its business park growth on Dubai.

Becoming “a Dubai in Europe” is perhaps a realistic ambition for Malta, said Anamaria Pantea, a business development manager at SmartCity, which counts blue-chip tech giants Hewlett-Packard and Cisco among its clients.

“Our experience with SmartCity has shown that IT is an area that attracts investment from the Gulf,” said Schembri.

“The fact that we would like to emulate Dubai’s successes is positive, but we have to keep our national identity,” said Christian Cardona, minister for Economy, Investment and Small Business.

The island economy, that saw GDP at $11.14 billion in 2012, also serves as a lucrative potential investment hotspot for the Middle East.

One of Malta’s biggest USPs is its location, especially in the context of bilateral trade relations with the Middle East, since it lies strategically at the crossroads between Europe and Africa.

“Dubai has a strategic location, just like Malta which has good positioning in the Mediterranean, close to upcoming markets in North Africa. Operations in both countries can complement each other in this way,” Pantea added.

Malta is also one of Europe’s most import dependent countries, according to Eurostat.

In fact, the island with a population of 412,000, looks abroad for about 100 per cent of its energy needs, a fact that is beneficial for Middle Eastern countries.

“Malta’s energy sector has undermined our cost base, so a better energy mix will help attract investment,” said Muscat.

“Financial services account for around 12 per cent of Malta’s GDP and is demonstrating growing economic resilience in the sector,” said Joe Schembri, chief officer at Malta Enterprise. This, tied in with Malta’s banking system, provides a platform for in-roads into the financial services arena.

Ease of doing business with Malta is also likely to provide an imperative thrust to trade relations. Firstly, English, a joint official language with Maltese, is universally spoken and written, also standing in as the language of education and business. The system of doing business is also highly transparent, as Malta has a strong, yet flexible single regulatory body in the Malta Financial Services Authority (MFSA). Malta also has a strong historic Arabic influence with many socio-economic and political influences steeped in Arab culture.

“Despite barriers such as bureaucracy, labour laws and taxation, Malta provides a good base into the EU and, with a permanent residency scheme, it is also an ideal place for investment,” Cardona added.

As the island continues to sell itself as a regional financial centre, an IT hub, and a magnet for foreign direct investment, the Middle East stands to gain by forging bilateral relations with Malta.