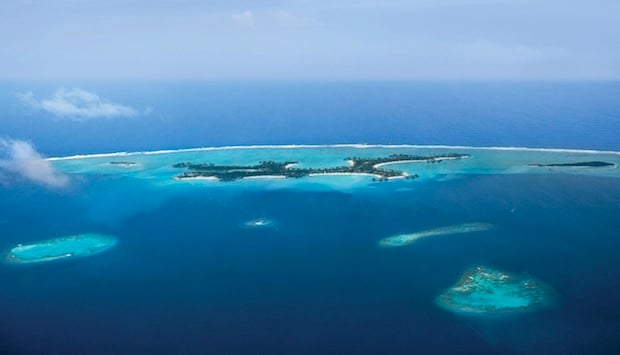 The Maldivian government said on Tuesday a planned multibillion dollar, Saudi-funded investment project on one of its atolls will focus on high-end tourism, and it rejected opposition claims that the islands would be sold to the government of Saudi Arabia.

Saudi Arabia’s King Salman is scheduled to make a visit this month to the chain of tiny Indian Ocean islands, which have been mired in political unrest since Mohamed Nasheed, its first democratically elected leader, was deposed in 2012.

Nasheed’s opposition party last week said the project would effectively give a foreign power control over Faafu atoll in a form of colonialisation by the Saudi government. There have been public protests about the project, over the suspected land sale it involves.

It added: “The administration categorically rebuts allegations that the atoll has been ‘sold off’ to a foreign entity.”

It also said it was working with a range of international investors to implement its economic development agenda.

The Maldives Independent website reported that police had cracked down on a protest on Friday by Faafu atoll residents and detained some of them, who demanded details of the project.

Last month local media and websites quoted Yameen as saying Saudi rulers had a special interest in Faafu, which is over 100 kilometres southwest of the capital Male and comprises 26 islands in a chain roughly 30 kilometres long and 25 kilometres wide.

Opposition officials say Faafu residents have vowed to protest Salman’s visit to oppose any seizure of their land.

Yameen’s administration has arrested most of the opponents who might challenge him in 2018. The opposition claims the administration is trying to cover up corruption including money laundering, all of which the government denies.

Nasheed, in exile in Britain after being allowed out of jail to go there for medical treatment, formed the Maldives United Opposition in June with the aim of toppling Yameen.

Despite its reputation as a tourist paradise, the largely Muslim island chain of 400,000 people is struggling with a large number of radicalised youths enlisting to fight for ISIL in the Middle East. The opposition says allowing Saudi influence in the country would result in more radicalisation.