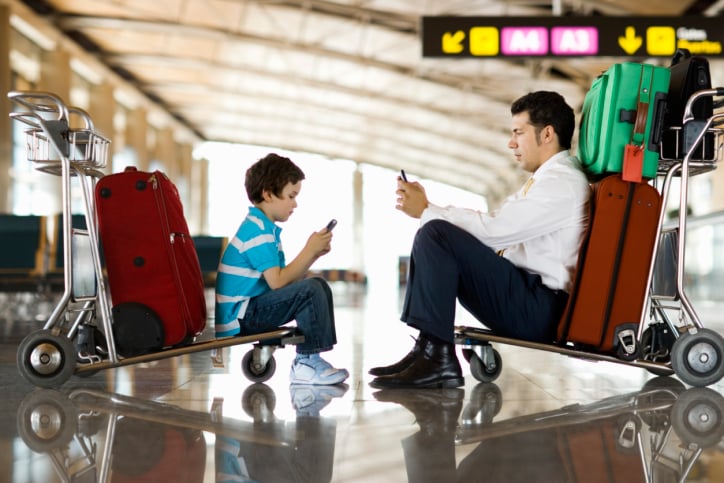 The majority – 71 per cent – of travellers from the Middle East and Africa (MEA) region carry their smartphones with them when on holiday, according to a new study by Visa.

The study found that 84 per cent of travellers carry phones on holiday, followed by 60 per cent taking their computers, 55 per cent pack their cameras while 23 per cent take their entertainment devices.

While 43 per cent of MEA travellers carry their gadgets because they are “addicted” to them, the gadget’s weight and internet capability are other factors that help travellers decide which devices to take on holiday, found the Global Travel Intentions Study 2013.

The survey also found that 33 per cent use their devices to check-in online while abroad, while 71 per cent of travellers share their holiday experiences online after returning from their trips.

Online sources such as travel reviews, service providers and official tourism websites are used by 42 per cent of travellers for trip planning, 37 per cent for holiday bookings and by 33 per cent for travel information.

“While traditional word of mouth reviews from friends, relatives and guidebooks are still used – especially among travelers from Africa and the Middle East – online resources that offer reviews from frequent travellers and other information such as currency converters, pictures, booking and discount facilities are becoming the first source of information for most global travellers,” said Marcello Baricordi, general manager of UAE and Global Accounts Lead at Visa.

Mobile phone usage in the Middle East, especially the GCC countries, is extremely high. Recent estimates suggest that the Middle East has nearly one billion mobile phone subscribers, with the UAE boasting the world’s highest mobile penetration rate at over 230 per cent.

Majority Prefer To Work With Friends Over Competence