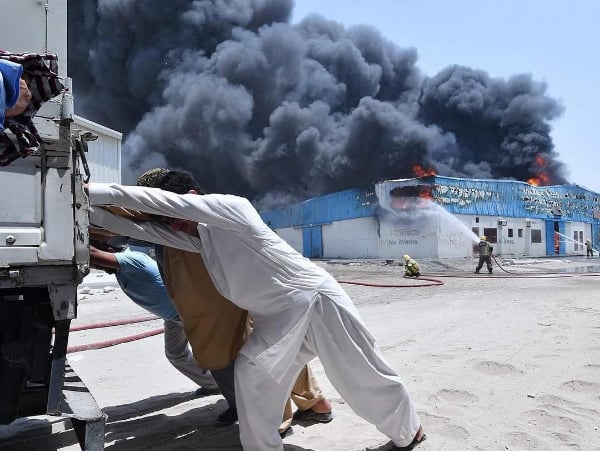 A dozen warehouses were destroyed in the UAE emirate of Sharjah on Monday after a massive fire broke out in industrial area 13.

Authorities said the fire began at around 12:18pm and initially indicated four warehouses were damaged. The figure later rose to 12.

Firefighters were said to have arrived at the scene within minutes and managed to stop the blaze from spreading further.

Reports suggest the blaze was fueled by strong winds, which allowed it to spread quickly.The warehouses contained wood and building materials.

The area was cordoned off as the blaze took hold to allow members of Sharjah’s Civil Defence crew to douse the flames.

Looks like a big Fire broke out near National Paints near E311. pic.twitter.com/srLzCxMZFc