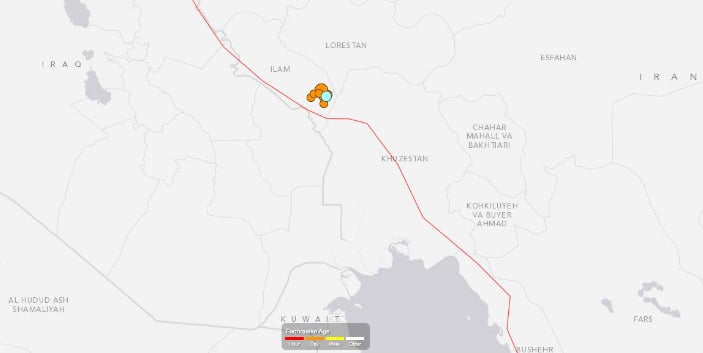 IRNA said the quake was magnitude 6.1 while the US Geological Survey (USGS) put it at 6.3.

Water, electricity, and telephone lines in Abdanan, located in the province of Ilam, have been cut, said IRNA. State television footage showed destroyed houses, buildings and cars in the city.

Aftershocks could be felt in three provinces including Ilam, Lorestan and Khuzestan, IRNA said.

The quake, at a depth of 6 miles (10 km), hit at 0232 GMT, according to the USGS. Iran sits on major geological faultlines and has suffered several big earthquakes in recent years.