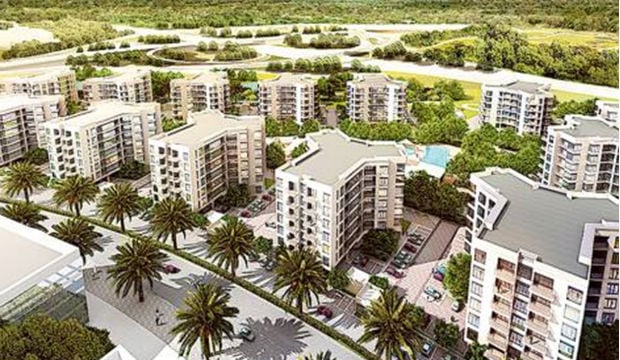 Construction work on the low rise tower is scheduled to begin in the fourth quarter of 2015 while the first phase of the development will be ready for handover in Q1 2018.

Spread across 800,000 square feet of land, MAG 5 Boulevard will also have a number of retail, leisure and dining options.

“With viable housing projects such as MAG 5 Boulevard and others on the retail, healthcare and education fronts, DWC is laying the foundation of what will become a vibrant and robust community.”

MAG 5 Boulevard will also be situated close to a park and other amenities upon its opening, the developers said.

Experts say that the rapid growth in rents and house prices across Dubai has led to an increase in demand for affordable housing.

A recent report from research firm Colliers International indicated that there is a sizeable market for affordable housing in Dubai as the majority of its residents earn between Dhs9,000 to Dhs15,000 per month.

This would in turn mean that they will only be able to afford rents ranging from Dhs32,500 to Dhs54,000 per annum.

Dubai’s real estate firms are increasingly launching affordable residential projects to cater to the growing demand in the market.

Some of the recent affordable properties in the market include various townhouse communities and apartment complexes by Nshama, Dubai’s newest property firm. The units are part of a massive Town Square project that the company is building in the emirate.

Meanwhile other developers such as Danube Properties and GGICO have also launched apartment towers in areas such as Sports City and Al Furjan.