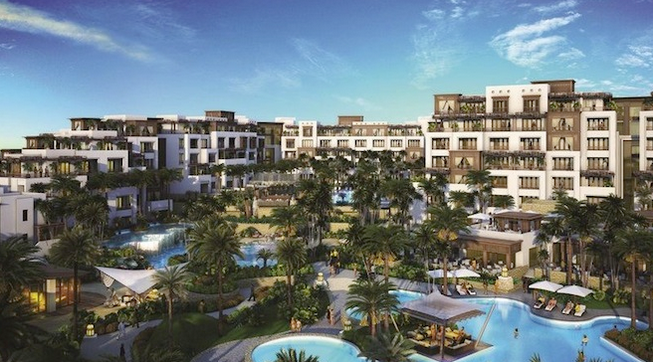 Dubai-based hotel operator Jumeirah has revealed that its newest luxury hotel – Jumeirah Al Naseem – is set to open to the public in October 2016.

Construction of the 430-room hotel in Madinat Jumeirah is currently underway, a statement said.

Reservations are open from March 29 for stays after October 1.

Jumeirah Al Naseem is set in the midst of a two kilometre stretch of sand, reaching from Jumeirah Beach Hotel in the east to Jumeirah Al Qasr in the west, overlooking the Burj Al Arab.

It joins the Jumeirah Al Qasr, the recently renovated Jumeirah Mina A’Salam and the 29 summerhouses in Jumeirah Dar Al Masyaf to become the fourth hotel within Madinat Jumeirah.

Along with the hotels, the overall development also features conference and banqueting facilities including two grand ballrooms, a 1000-seat amphitheatre and a dedicated entertainment centre and multi-purpose venue, Madinat Arena.

The facilities are interconnected by 3km of waterways and landscaped gardens.

Leisure and health facilities include Talise Spa and Talise Fitness, while Souk Madinat Jumeirah offers a traditional retail and dining experience with 90 boutiques and restaurants.

The opening of Jumeirah Al Naseem will mark the overall completion of Madinat Jumeirah.

Dubai is witnessing a strong increase in hotel supply in line with its tourism ambitions to attract 20 million visitors per year by 2020.

The emirate is also preparing to host Expo 2020, which is anticipated to draw around 25 million visitors during the six-month period.

According to a January 2016 report from STR Global, Dubai has 19,846 rooms under construction with 63 hotel planned across the city.