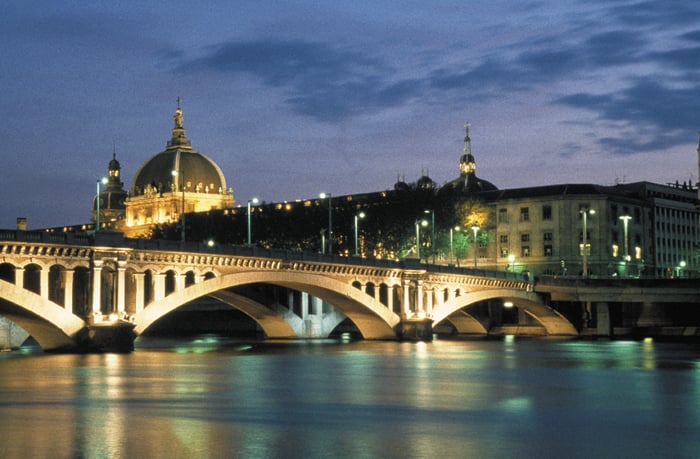 A large delegate group from Lyon visited the UAE on Monday with the aim of boosting Arab ties with France’s second largest city.

In December last year the Eastern-Central French city became the third Emirates gateway into France, after Paris and Nice.

The five-times-weekly flight between Dubai and Lyon is already “85 per cent full” after three months operation, said Philippe Grillot, president of the Lyon Chamber of Commerce and Industry.

Grillot told Gulf Business that the flight was performing well in the economy and business classes, but first class was yet to reach full capacity.
“I am sure one day we will need to change planes to A380s,” he said.

Gerard Collomb, Senator-Mayor of Lyon, who led this week’s delegation visit with journalists and senior UAE government bodies, said that he expected a daily Dubai-Lyon flight schedule to be introduced “by the end of this year.”

Lyon, which granted 2120 patent applications in 2011 and is traditionally known for its biotech and software industries, is looking to leverage its chemical, clean tech and green tech expertise by forging partnerships with UAE government bodies and businesses.

The Senator-Mayor said his team is currently in talks with Mubadala Development Company, the investment arm of Abu Dhabi’s $600 billion sovereign wealth fund.

Lyon, which already has more than six million residents, is set to see a continuing tourist and business visitor influx effect from its new route to Dubai, which is the city’s first direct international flight after a failed former bid with an Air France Lyon-US route.

Grillot said: “We waited five years for this and put a lot of effort into the bid. We are looking forward to the direct traffic from Emirates as well as the international traffic routes, it will attract a lot of people to Lyon.

“We are also able to carry 15 tonnes of freight with each flight, not just from Lyon to Dubai but to every country, which will make such a difference to businesses.”

“We are hoping to attract Chinese tourists now that it will be easier for them to fly to Lyon.”

Lyon attracted 5.5 million tourists in 2011 according to the latest government figures and has 12,000 hotels rooms and 2000 restaurants, 13 of which are Michelin-starred.