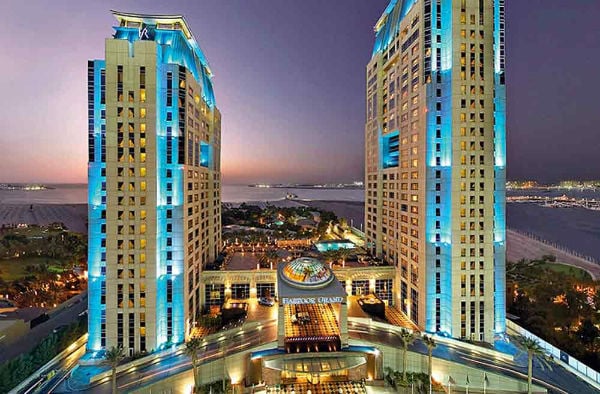 Dubai’s luxury hotel The Habtoor Grand Beach Resort & Spa will be renovated in 2013, a spokesman for the hotel has said.

The five-star resort, located on Jumeirah Beach, will see its guest rooms and food and beverage outlets refurbished, its director of business development has told Hotelier Middle East.

“This paired with a general refresh across the board will add to guest experience,” said Nicolas Villemin.

As well as accommodating 446 rooms and suites, the popular hotel also houses 14 restaurants and bars as well as sporting facilities.

At the start of the year Al Habtoor announced plans to demolish Dubai’s Metropolitan Hotel, also part of the Habtoor Group and one of the city’s oldest venues, and build in its place a new hotel complex.

The Habtoor Palace will have 1,600 rooms between three hotels, a Las Vegas-style theatre, several tennis courts, a massive garden and international food and beverage outlets when completed.

The $1.33 billion complex will comprise a five-level podium, one 36-storey tower and one 25-storey tower. The development is scheduled for completion in the second half of 2016.

Speaking at the time of the announcement, Mohammed Al Habtoor, the vice chairman and CEO of the Al Habtoor Group said: “We decided to do this kind of a [lifestyle] hotel because in the whole of Dubai, there’s no lifestyle hotel that caters to the younger generation.

“These young people travel around the world and are big spenders; they don’t care how much they spend. You see them in Miami, in New York, in Las Vegas, in Los Angeles, London and Paris. But you don’t see them here. Here you only see typical tourist people.”

The Al Habtoor Group is a UAE-based conglomerate best known for construction. It is also globally recognised through its involvement in the hotel, automotive, real estate, education, insurance and publishing sectors.

Earlier this year the family-owned company announced that it is planning to raise up to $1.6 billion in an IPO on Nasdaq Dubai in 2013.