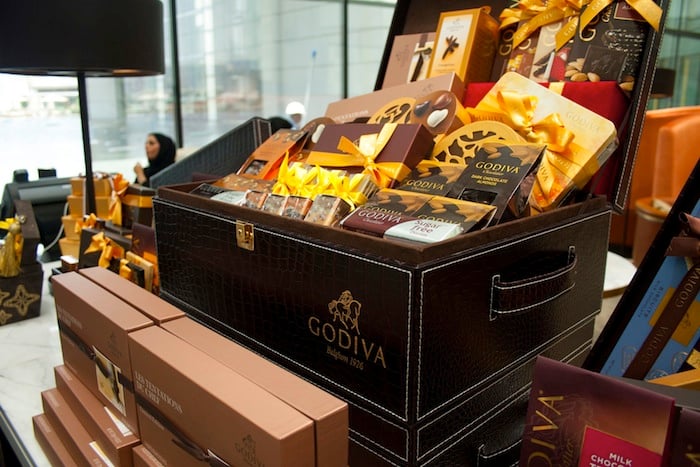 Luxury chocolatier Godiva is looking to expand its presence in the UAE and Saudi Arabia, with plans to double the number of outlets within the next year.

The Belgian company, which first came to the UAE in 2014, just opened its sixth outlet in the country, in the Qaryat Al Beri shopping mall in Abu Dhabi.

Godiva’s other five stores are located in Galleria Mall, National Towers and Yas Mall in Abu Dhabi and in Citywalk and The Beach Mall in Dubai.

The chocolatier, which now has 17 outlets in the UAE and Saudi Arabia, plans to double that number in the next six to 12 months.

“By the end of 2015, we aim to have 30 branches in the UAE and Saudi Arabia. We will open another store in Abu Dhabi before the end of the year and one more in Dubai. We are also planning to open five more outlets in Saudi Arabia,” said Loya.

Godiva also has outlets in Kuwait, Bahrain, and Qatar.

The GCC’s retail industry is booming, with sales predicted to grow at an annual rate of 7.3 per cent between 2013 and 2018 to reach $284.5bn, according to a recent report by Alpen Capital.

The outlook for Qatar is the most optimistic, with an expected rate of 9.8 per cent during the period. Other GCC nations are expected to register an annual average retail sales growth of between 6-7 per cent, the report said.