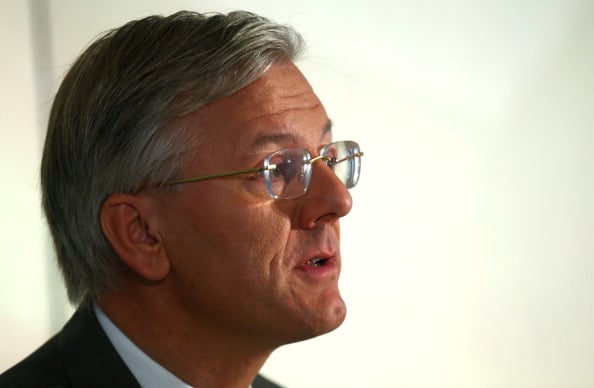 Lufthansa is leaving the door ajar to forming an alliance with any of the Gulf airlines, the German carrier’s chief executive said, even though currently it sees no benefit in a partnership.

Europe’s biggest airline by sales has seen some of its market shares gobbled up by ambitious Gulf airlines, which have also started forming links with competitors of the German carrier after a period of standalone growth.

Qatar Airways will join the Oneworld alliance in October this year, making it the first major Gulf airline to enter such a cooperation, while Etihad Airways is expanding its global reach through minority stake investments.

“We have investigated this question several times … The Lufthansa group, we have done our own homework and we developed business plans, potential forms of joint ventures, etcetera, with the different Gulf carriers,” CEO Christoph Franz said on Monday in remarks embargoed for release on Wednesday.

“So far we’ve come to the conclusion that it is not beneficial for us. But in our industry never say never. So if things and the environment are changing, maybe we come to new solutions,” Franz told reporters.

He said that for the time being Lufthansa had concluded that “serving the markets on our own” was the best way forward.

Lufthansa has two joint ventures, one covering the North American route with United Airlines and Air Canada , and another on the Europe-Japan stretch with All Nippon Airways. It is in talks to enhance its collaboration with Air China.

Asked whether Lufthansa and Emirates have been in talks on a possible alliance, Lufthansa Vice President for Alliances Nils Ecke declined comment on Tuesday but noted that both sides had not found a convincing business case. His comments were also embargoed for release on Wednesday.

“There is an interest on both sides,” Ecke said.

Franz, who is stepping down next May to join drugmaker Roche , said he believed Lufthansa would continue its efforts to cut costs even after its SCORE restructuring programme officially ends in December 2014.

“It’s very clear that given the challenges from the outside world, working on the bottom line will continue, whether this is in the form of another programme or continuous improvement efforts, that is something we’ll have to work on,” he said.

Franz said he was seeing the “first signals” that expanding Lufthansa budget unit Germanwings, a key plank of SCORE, would be a success although the new structure was implemented only in July this year.

Commenting on the air cargo industry, Franz said that while there were signs the euro zone debt problem has stabilized, air cargo data – traditionally an early indicator of economic cycle – do not reflect a major upswing was forthcoming.

“I am confident that in the next years we will see an upswing again. But I’m not the one who is promising a tremendous development in the next three to four months,” he said.

Franz said the air cargo sector was still suffering from “tremendous price pressure” due to overcapacity.