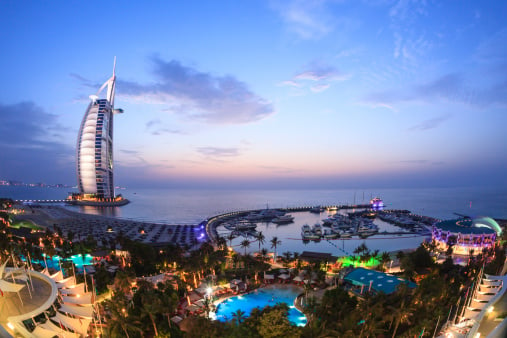 Ongoing oil price volatility and the devaluation of euro have reduced the number of tourists to the Middle East, in turn impacting the revenues of region’s hotels, a new study showed.

According to a report by audit firm PwC, such factors have specifically discouraged high-spending Russian tourists.

“The sudden and dramatic fall in oil prices reduced the number of tourists from certain areas, especially high spending visitors like the Russians; the Russian spend was reduced by almost 50 per cent,” said Philip Shepered, partner, PwC Middle East Hospitality and Leisure leader.

“Not only do we see a decrease in Russian visitors in Q4, the spend was significantly down, resulting in a major impact to revenue per available room (RevPAR), particularly in the luxury segment from those who did travel.

“Another challenge is the 25 per cent devaluation of the Euro against the dollar, which has led to drop in visitors from the Eurozone.

“As a dollar-based economy, the Middle East has now become a very expensive destination for those in the Eurozone, resulting in not only a drop in visitors from there, but also GCC nations heading to Europe for shopping tourism, rather than travelling within the Middle East region.”

Despite such factors, hotels in the Gulf recorded a growth in RevPar last year.

Hotels in Doha and Jeddah saw a double-digit growth while those in Abu Dhabi and Muscat showed a six per cent increase.

However, Dubai only managed a marginal RevPar growth as occupancies fell, the report said.

But it predicted that hotels in Muscat, Dubai and Riyadh are likely to see a decline in RevPAR.

The report also urged hoteliers to take note of the changing profile of travellers to the region and focus less on luxury brands and have more mid market brands.

In line with that, many hoteliers have launched mid-market plans as part of their regional expansion.

Starwood Hotels & Resorts, which announced an ambitious plan to double its properties over the next few years, said that majority of hotels in its pipeline fall in the affordable bracket.

Meanwhile, IHG –which manages budget brands such as Holiday Inn- has signed deals for more Holiday Inn hotels in Saudi Arabia and Kuwait.