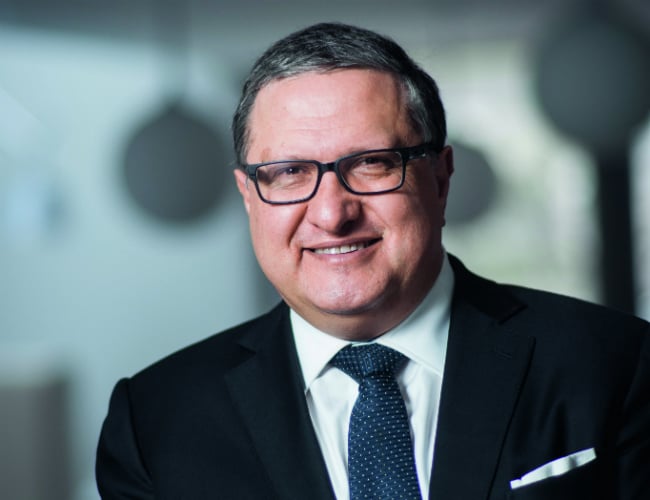 In business today there is no chance of survival for those who don’t practice good ethics.

This is the view of the senior vice president of the largest cosmetics company in the world, who tells Gulf Business on a recent trip to Dubai that it’s now integrity rather than the bottom line that will mark out successful and sustainable businesses.

“Traditionally, corporations have been appraised, assessed and evaluated according to financial reasons,” says Emmanuel Lulin, who also serves as chief ethics officer at French giant L’Oreal.

“This time is over – and probably over forever. Now, if you want to appraise an organisation – public or private – you need to not only look at the accounts, but also at the value of the culture of integrity.”
Paris-based Lulin, who has witnessed varying degrees of ethical practices during trips to some 70 countries across the globe, argues that this integrity will determine which companies survive in the coming years – largely due to the public’s perception of their credentials.

“You need trust, and the level of trust of any organisation is a pretty good indicator of its sustainability.

His belief is backed up by other notable business leaders, who have echoed Lulin’s sentiments of late.

In November the chair of the US Federal Reserve, Janet Yellen, said that the Fed’s effectiveness depends on the nation’s confidence that it is acting solely in the public’s interest, claiming that she and her colleagues had to “demonstrate our ethical standards in ways that leave little room for doubt”.

In late October, Apple co-founder Steve Wozniak addressed a crowd of hundreds on the topic of business ethics – ironically, just a few days before the leaked ‘Paradise Papers’ accused Apple of moving billions of dollars offshore to avoid tax.

Whether or not a giant such as Apple will be significantly damaged by the allegations is yet to be seen, but as Lulin points out, recent history shows us that size does not make you bulletproof.

“Think about Enron, WorldCom and Lehman Brother,” he says.

“They just vanished – they disappeared. In this regard, L’Oreal is not the best company to ask whether there’s a good business case for ethics – the best people to ask are the former employees of these companies.”

There’s also the not insignificant question of fines; an issue that Lulin believes should move even the most ardent advocates of bottom line-related approaches.

“If you’re a hard liner and think only that the bottom line counts, then you may want to look at how much it will cost to have a compliance issue, or be challenged by the regulator on ethical or compliance issues.

“It’s frightening because you find numbers starting with a couple of billions of dollars, up to $50bn. All because of a lack of transparency.”

As well as corporate penalties, there are also increasing numbers of individual casualties as a result of poor ethics.

According to Strategy&’s 2016 CEO Success study, companies are more likely to fire CEOs for ethical lapses than in previous years. The report showed that from 2007-2011, forced turnovers due to ethical lapses were 3.9 per cent of all successions at the world’s 2,500 largest public companies – a figure that rose to 5.3 per cent from 2012-2016.

The reasons for this, claims the report, are five-fold: A more critical public; more proactive and punitive governance; companies’ growth into emerging markets with heightened ethical risks; the rise of digital communications which makes it easier to expose companies and executives; and the proliferation of media in the 21st century which amplifies negative information in real time.

So how do you protect yourself and your company from ethics-related repercussions?

“First of all, it’s useful to define what we mean by ethics,” says Lulin.

“When we talk about ethics we are talking about behaviour as a corporation and also the individual behaviour of people with the corporation, according to certain values or principles.

“At L’Oreal, for example, we have four principles: Integrity, respect, courage
and transparency.

“We are very firm on what is essential. For example, with corruption, our policy is in two words: Zero tolerance.

“And it’s the same on other issues that relate to us as human beings. We do not tolerate sexual harassment, for example.”

According to Lulin the modern era has brought with it some new issues that must be considered from an ethical perspective; AI, transhumanism and big data to name just a few.

And to compound the situation, he adds, the speed of change means corporations have to address these topics in a different way than before.

“What we are seeing at the moment is a shift in the sense that until recently we relied heavily on the law and the framework of the law to help us decide the limits of our action,” he says.

The key to making these decisions and improving a company’s standard of ethics today, argues Lulin, lies in two simple questions: ‘Do I have the right to do it?’, which is the legal aspect, and ‘Is it the right thing to do?’, which is the ethical aspect.

“For example, do we have the right to use skinny top-models?” he posits.

“That’s a legal issue. But just because we have the right to do it, it doesn’t mean that it’s the right thing to do.
“You can argue that if you use skinny top-models and project an image of beauty that you have to be skinny to be beautiful, then you may encourage young girls and women to develop a sort of anorexic behaviour.”

In terms of making a broad call over the ethics of a particular topic, he continues, there is a quick and easy way to make a decision.

“If you want to know whether something is ethical, you consider ‘am I ready to publish it in Gulf Business and sign with my name?’ If the answer is yes, it’s probably ethical. If you are not ready to do that, then you may want to think twice.”

From what Lulin has seen in the dozens of nations he has visited during his time at L’Oreal, people are considering these kinds of questions more and more.

“I think there is a clear improvement,” he says, as we conclude our conversation.

“Even the regions where the world thought there was no hope of improvement are moving, which is very good to see. It’s certainly the case in this region, which is fantastic news.

“It’s a necessary requirement if you don’t want to be a fatality. It’s always time to move in the right direction.”