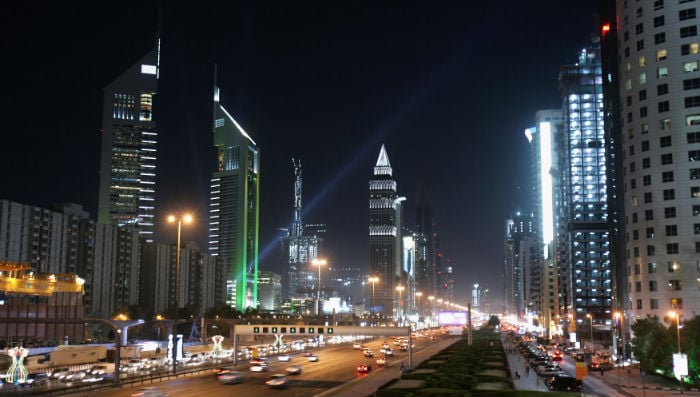 If Dubai has its way, the world’s biggest Islamic bond issues will be designed under its rules and traded in its market. Muslims around the world will use Dubai’s standards to prepare food, and take disputes to Dubai for Islamic arbitration.

As it recovers from a crippling property market crash in 2009-2010, the emirate has set its sights on becoming a global centre for Islamic business – activity conducted under religious principles, in areas from banking and insurance to food production, education, tourism and contract negotiation.

Better known for its freewheeling commercial culture, cosmopolitan lifestyles and glitzy shopping malls than for Islamic scholarship, the emirate may seem an unlikely entrant to the field.

In Islamic finance, the tiny city state of about two million people faces tough competition from more established centres such as Kuala Lumpur, Bahrain and even London.

But as it seeks to diversify its economy beyond the volatile property market, Dubai’s strengths as a vibrant trading economy could help its push into Islamic finance, which has been plagued by doctrinal disputes and uncertainty over regulation.

“This initiative can put Dubai on the map versus other centres like Bahrain and Malaysia,” said Greg Rung, Dubai-based partner at management consultancy Oliver Wyman.

“One thing Dubai is well-known for is connectivity to the rest of the world. I am not sure other financial centres have managed to build bridges beyond their home region.”

Dubai’s ruler, Sheikh Mohammed bin Rashid al-Maktoum, announced the Islamic business drive in a statement last month. He did not give details but government departments are now working out how to translate the plan into action.

The emirate’s main motive appears to be practical rather than political or ideological – it sees a way to boost foreign investment.

New issues of sukuk (Islamic bonds), which under religious principles are structured to avoid the payment of interest, jumped to about $121 billion worldwide in 2012, according to Thomson Reuters data, from around $85 billion in 2011.

More growth is expected as high oil prices leave Islamic funds in the Gulf flush with cash. Islamic banking is growing; Gulf-based Islamic banks now have about $450 billion in assets, around 30 per cent of the region’s total banking assets.

Political shifts are likely to boost the industry elsewhere in the Middle East; Egypt, Tunisia and Morocco among other countries now have Islamist-led governments which have said they want to promote Islamic finance. Dubai could profit by selling services and expertise to these countries.

The emirate is expected to focus initially on banking and securities issuance, though it aims to cover many areas of Islamic business.

Dubai Financial Market (DFM), which runs the emirate’s securities market, took a big step last month by publishing new draft standards for how sukuk can be structured, and inviting the financial industry to comment.

DFM hopes its standards will eventually be adopted by sukuk issuers in other countries, which would encourage them to list their sukuk on the Dubai securities market and bring their legal and underwriting business to the emirate.

“In this manner, Dubai and DFM will set the tone for financial instruments’ standards all over the world,” said Mabid Ali Al-Jarhi, a member of the board overseeing Islamic business at DFM.

Sceptics point out that while Dubai is the Gulf’s top centre for conventional finance, it is only a moderate-sized player in Islamic finance; DFM’s website lists just five sukuk, all of them issued by the Dubai government.

Malaysia’s securities exchange, by contrast, lists dozens of corporate sukuk. Several United Arab Emirates-based firms have listed their shares in Dubai but gone to the London Stock Exchange to list their sukuk because of London’s superior reputation for liquidity and regulation.

“If a company has shares listed in the DFM, then intuitively you would think they would list their sukuk in the DFM. But that has not been the case – the majority of issuance has gone through European exchanges,” said Paul McViety, legal director at law firm DLA Piper in Dubai.

Whether Dubai’s new sukuk standards can lure issuers away from a range of competing standards issued by national regulators and Islamic bodies elsewhere remains to be seen.

Malaysia is known for active, consistent regulation of Islamic finance through its central bank. Bahrain has been hurt as a financial centre by two years of political unrest, but it still hosts the influential Accounting and Auditing Organisation for Islamic Financial Institutions, whose standards are used in whole or in part by regulators around the world.

Dubai has advantages, however. Located at the centre of the Gulf, it is the main transit point for air traffic between Europe, Asia and Africa and is a more international city than most of the other centres.

It also claims to offer a new approach. Islamic finance is riven by confusion over conflicting product standards and perceived conflicts of interest among scholars who oversee the industry; reform has been slow, thanks to entrenched interests in key bodies.

Dubai says its new sukuk standards will be more detailed than other centres’ standards, potentially resolving some of the controversies and giving traders and investors more certainty.

The city state’s entrepreneurial approach has proved the sceptics wrong in the past. The Dubai International Financial Centre has developed into the Gulf’s top financial hub less than a decade after its launch.

Sheikh Hussein Hamed Hassan, managing director at Dar Al Sharia Legal and Financial Consultancy in Dubai and one of the most influential scholars in Islamic finance, said the sheer scale of the emirate’s ambition would help to drive change.

“Dubai’s ruler has a vision, and that’s the main pillar for success,” he said.