Why You Should Work On Your Holiday - Gulf Business 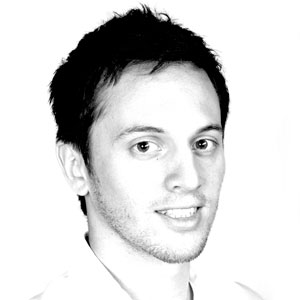 Surely one of the more satisfying moments at work is electing to switch on your ‘Out Of Office’ autoreply, scribling a polite message not so subtlety indicating that you’re somewhere else in the world other than your desk.

The moment should mark the start of an email free period, where your mind is free to forget the daily meetings, brainstorms, targets and deadlines, and you can enjoy a more reflective period.

But with today’s mobile devices, more and more of us are finding ourselves attached to our phones, computers and iPads, checking work emails and even making executive decisions, while we’re supposed to be on holiday.

A study by the website TripAdvisor found that 51 per cent of people check their work emails at least once a day while on holiday and 38 per cent had taken a call from the office.

This won’t surprise many. With the rise of smartphones with 3G internet capabilities, being fully offline is now almost impossible and as a result, companies expect their staff to be contactable at all times – particularly if they are handed a work phone.

But is this so bad? As much as I enjoy time away from the office and relaxing on holiday – and believe me I indulge in my holidays as much as anyone – I can never shake that perennial fear of the hundreds of emails, missed calls, unattended meetings and developments that I’m missing.

This is not because I have an infatuation with office-related tasks, let me assure you. But as good as the holiday may be, the ‘first day back syndrome’ can be truly dreadful if you’re unprepared.

The TripAdvisor survey showed that a third of people found that working on holiday had made a break less enjoyable. I disagree – or agree with the remaining two thirds it would seem.

At the end of last year I went away for two weeks. The first week I struggled to completely switch off. I thought on several occasions what might be happening at work, what I was missing and inevitably would have to catch up on upon my return. But I resisted logging on from abroad – this was my holiday. The second week I really let my mind wander free and was happy to pretend I had no employment whatsoever. How foolish was I?

On returning to the office I had no fewer than 700 emails. My daily work-routine was completely thrown out of sync and I had so many internal meetings to bring myself up to speed, that it felt like my first day on the job.

I cannot be the only one who thinks an occasional, subtle check of the inbox or voicemail messages once a day would not only ease the mind that all is well at the office but would also lighten the first day back burden.

The rise of ‘worlidays’ – a term coined by a Financial Times journalist to indicate working whilst on holiday, and subsequently using greater annual leave as a result – seems to me to be the future.

There are those who will remain staunch in their view that a holiday should be traditional in its ability to leave the daily grind behind, and that certainly includes your work.

I really would like to include myself in that category still. But the small inconvenience of checking your emails for ten minutes a day, or answering the occasional phone call whilst roaming a new city, far outweighs the unpleasant experience of long days playing catch-up with the rest of your team, and deleting more emails than you thought was humanly possible on your first days back.

Sometimes I think it would be easier to leave the ‘Out Of Office’ reply on permanently.