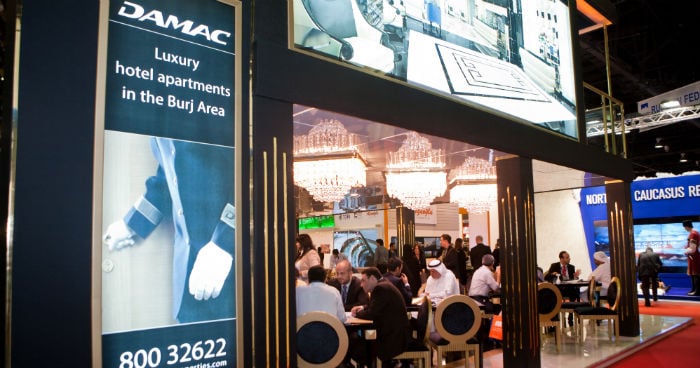 12.30
Yesterday’s press conference by the Iraqi Minister of Construction and Housing revealed a joint-venture between the country and Dubai’s Emaar Properties to help address the country’s housing shortage. Read what His Excellency Al Darraji had to say at the announcement and to reporters afterwards here.

11.20
A well-connected source told Gulf Business that the Damac stand has been really busy and that they have managed to see good sales at Cityscape.

The luxury niche in Dubai is receiving strong demand, Damac execs told us, and the serviced apartment sector is also under-supplied at the moment. The developer has also announced a one day offer for its hotel apartments in the Burj Area – clients can buy a unit for Dhs600,000 today.

The 26-storey tower, which will open in the Burj Area of Dubai in mid-2014, consists of studio, one, two and three bedroom apartments.

10.30
The last day of Cityscape Global 2012 is under way as developers and buyers look to wrap-up some final deals before the event closes.

Yesterday didn’t have the big announcements that Tuesday did – though even then there were few – but it was a good day for gossip, news and insight. Salem Al Moosa, chairman and CEO of Falconcity of Wonders, told Gulf Business the total cost for the ‘The World Within A City’ project will be in the region of Dhs20 billion while a very senior industry professional hinted that many of the investors in Emaar’s latest project, The Address The BVLD, could turn out to be speculators.

Read all of yesterday’s news here.