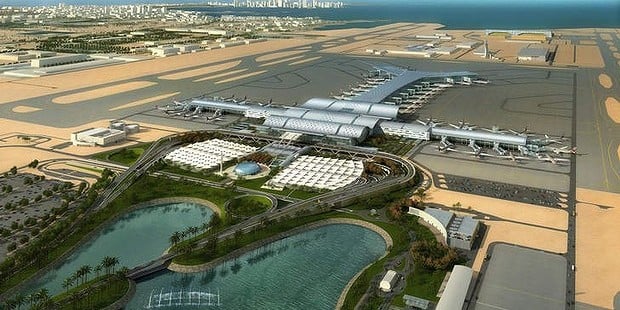 Linder Depa, a joint venture company between UAE-based Depa and Germany’s Lindner, is suing NDIA for the termination of its contract in 2012. The counter claim follows a $600 million compensation claim filed by Qatar Airways in December 2012 which accused LDI of failing to build lounges at NDIA on time and “causing a significant delay by up to a year”.

Mohannad Sweid, group CEO, Depa, said: “Our filing should come as no surprise. We consider the termination of our contract to have been wholly unfounded and the subsequent lack of response by the New Doha International Airport has left Lindner Depa Interiors with no choice but to seek Dhs900 million in compensation through international arbitration.

“We have spent significant time and effort over the last nine months to resolve this matter amicably with the NDIA but without success. We must protect the interests of our shareholders by seeking justice and are confident that the Tribunal will eventually find in our favour.”

LDI won a contract with the NDIA for the complete fit-out of 17 lounges at Doha’s New Hamad Airport.

But the contract was cancelled in June 2012 after LDI’s performance bond and advance payment guarantee were pulled due to the company’s refusal to accept new contract terms and conditions.

“These included dropping all extension-of-time claims and related costs incurred as a result of very lengthy delays to our works caused by others and acceleration costs,” LDI said.

“As a result of these delays, LDI had not been able to start all of its interior contracting work on site as planned and consequently, would not have been able to meet its original contract completion date.”

The interior contractor also claimed that the termination of the contract and the subsequent public comments made against LDI by Akbar Al Baker, head of the NDIA steering committee and CEO of Qatar Airlines in December 2012 and April 2013 “caused significant financial and reputational damage to the company.”

Al Baker blamed contractor Bechtel Corporation for the second delay, saying the firm had failed to obtain the necessary paper work. He indicated that the new airport will be operational by the end of the year.