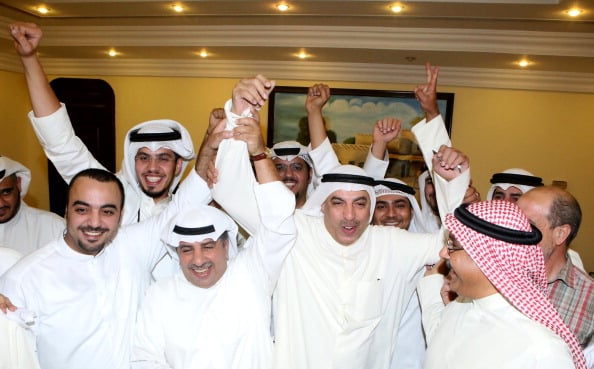 Liberals and candidates from some of Kuwait’s more marginalised tribes have won seats in a parliament which may prove more cooperative with the ruling family after opposition Islamists and populists boycotted the election.

Saturday’s ballot was the sixth since 2006 in the major oil producer where political upheaval and bureaucracy have held up the vast majority of projects in a KD30 billion ($105-billion) economic development plan announced in 2010.

Kuwait has the most open political system in the Gulf Arab region but parliaments have been repeatedly dissolved over procedural disputes or for challenging the government in which members of the ruling Al-Sabah family hold top posts.

“The large number of new MPs gives hope that a National Assembly with greater popular backing can find a way of improving relations with the government,” said Gulf expert Kristian Ulrichsen, at the U.S.-based Baker Institute for Public Policy, referring to a 12 per cent higher turnout than last time.

“The increased turnout … signals that many Kuwaitis are ready to put the recent past behind them and move forward,” Ulrichsen said.

The turnout in searing heat and during the Muslim fasting month of Ramadan was still lower than in several elections before 2012 when about 60 per cent of voters cast ballots.

The U.S. ally has seen street protests in the past two years, including over changes to the voting procedures, but its generous welfare system and relative tolerance of dissent have helped to shield it from more serious Arab Spring-style unrest.

Voters also complained about a lack of development in Kuwait – one of the world’s richest countries per capita.

“The country is reeling from the deterioration of services and we need to treat the wounds to start a new phase with genuine cooperation between the two authorities,” new MP Issa al-Kandari said, referring to the government and parliament.

Newly-elected Kamel al-Awadi said he would “work on all projects that move the economy forward” including housing and infrastructure projects. Many of these were touted in the 2010 development plan and have not been delivered.

The mainly Islamist and populist opposition boycotted the poll in protest against a new voting system announced last year, which cut the number of votes per citizen to one from four. Opposition politicians said this would prevent them forming a majority in parliament.

Shi’ites – estimated at 20-30 per cent of the population – won just eight seats in the 50-member parliament compared to 17 in the last election in December, after Sunnis in their districts ramped up a campaign to win seats.

Political parties are banned so candidates campaign independently or with links to political movements.

Before the election the ruling emir courted groups unhappy about the new voting system and encouraged several of the country’s socially conservative tribes to endorse the ballot.

The snap election was triggered by a ruling from the top court in June, which said the process leading up to the last one was legally flawed. The court also upheld the new voting system in a ruling which led to splits in the opposition.

Kuwait and other Gulf states such as Saudi Arabia and the United Arab Emirates were glad to see Mursi deposed because they fear Islamist influence in their own dynastically ruled states.

About 52 per cent of 439,715 eligible voters cast ballots, according to an initial Reuters calculation based on voting figures posted on an Information Ministry website.

This was higher than in December when about 40 percent of voters went to the polls during an opposition boycott. Turnout in previous elections had been about 60 per cent.

The assembly can pass legislation and question ministers but the emir has the final say in state matters and can dissolve parliament. He picks a prime minister who selects a cabinet.